When the Bite App Takes a Bite Out of You

When the Bite App Takes a Bite Out of You 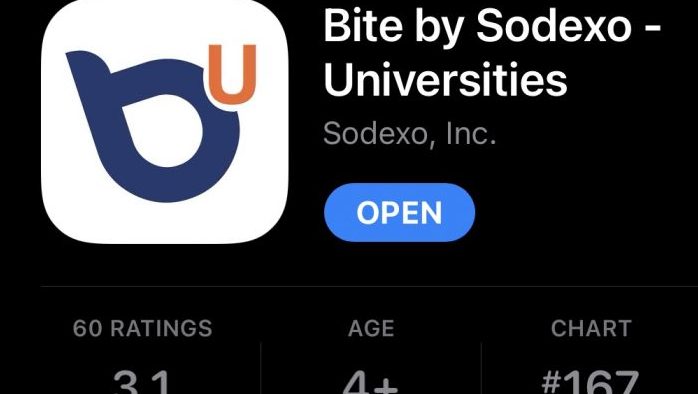 The Bite App was made by Sodexo to help students on campus order and pick up their food. Since Covid-19 has taken over our lives by this point, it is extremely helpful to pick up breakfast, lunch, or dinner without hassling with big crowds.

However, this genius idea for universities to use this app during the pandemic has major flaws with the system. The first confusing point is trying to know which app is the right app to download because no one warned us about two identical apps in the app store. It might be obvious that the correct one says “Bite App” with “Universities” in the smallest print ever, but when every poster you see coming down the hallway of Southwestern University doesn’t have that fine print of “Universities,” it makes it very confusing. I, of course, downloaded the wrong app at first and had to switch apps while trying to manage phone storage as well, which is simply impossible. Once signing up for the app, you can explore the three meal menus, the Cove menu, and the Starbucks menu with the times and hours written underneath each one. The issue with this is that the Bite App would show half the menu for the Commons and leave out certain categories, but you couldn’t dine-in during the first week back on campus. You wouldn’t be able to order any pizza, soup, cereal, desserts, or fruit since the pick-up place was in the Merzbach room where there isn’t an oven or freezer. Also, it was inconvenient to follow the flow of traffic correctly. The doors were unlocked that led into the Merzbach room, so students often didn’t follow the arrows on the ground leading into the Cove and skipped the line. It got better the second week of school because the commons opened for dining inside, but the Bite App pick up still lacked most of the menu, so students with busy schedules wouldn’t get their full share.

Students found this as a problem, so Southwestern contacted Sodexo for an update to get that issue fixed. However, they didn’t warn the students about the update, so everyone who ordered dinner that night was canceled. Students were forced to either dine-in or manually pick their food through a “to-go” box, which was frustrating to some students who didn’t have time because of athletics or club meetings.

The students who are part of the food advisory group sent an email and explained the situation with the Bite App and the Commons. The pick up for your order has been moved into the dining area of the cafeteria, and now the menu has everything online. The Bite App had its flaws, but overall it is an amazing app to use when your class schedules override meals. I have learned that ordering earlier is best because if students order later in the day, the wait time increases to thirty minutes instead of ten. Southwestern University is doing its best to make campus safe. The Bite App started off with major flaws but is slowly improving over time thanks to the students who shared their issues with the food advisory group.