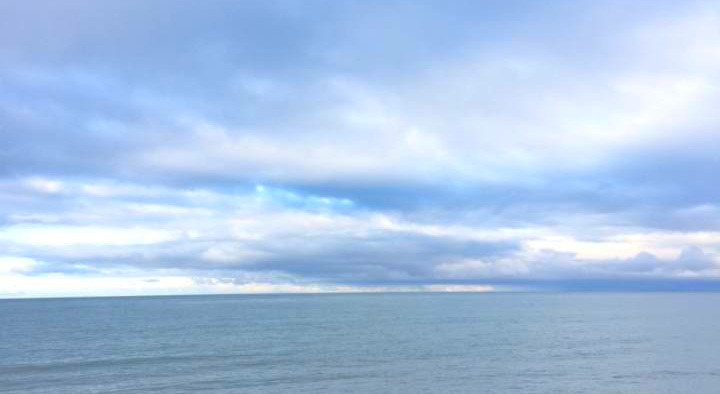 We are officially back in the Keanu Korner, whetting our appetites for the new Bill and Ted with a look at one of Keanu Reeves’ seminal projects, Point Break. It is, as ever, both my solemn duty and my greatest privilege to be your sherpa through the cool-breezed mountains of the Keanu Kanon. Point Break is an excellent Keanu vehicle, not least because it exemplifies the alternative masculinity reflected in Bill and Ted. It is not your average surfer flick; it’s a contemplation of humanity’s connection with, and submission to, nature and a brilliant, subtle inversion of the male gaze.

Released in 1991, Point Break is a time capsule containing all the best yet to come from the then-nascent decade—high-tech FBI gadgets like those in The X-Files, Patrick Swayze, an OED’s worth of surfer slang, and of course, our raison d’etre, Keanu Reeves, a mainstay of the period. Reeves plays protagonist Johnny Utah, a junior FBI agent new to the field, brimming with youthful optimism and faith in justice—which, I should note, is rarely actually administered by the FBI—and the American way. Tempered by Gary Busey as the cantankerous Agent Pappas, Utah embarks on an investigation into the Ex-Presidents, a gang of bank robbers with a knack for disguise. Because of their coordination and synchronicity, Utah suspects the Presidents are a surfer group. To learn more, the Bureau sends him undercover—and that’s where everything gets messy.

Point Break is a film that is in touch with the sublime, in the old, original sense of the word—the awe-inspiring, the bone-chilling, the jaw-dropping. It’s set against the backdrop of California’s sun-drenched beaches. The staggering enormity of the ocean keeps the narrative rooted in a sort of humility—a tacit acknowledgment that most of our petty human problems, bank robbery included, pale in comparison to the unpredictable rhythms of nature.

While on the job, Utah meets Tyler, a waitress and surfer played with gamine flair by Lori Petty. She isn’t your typical beach babe, either; she has close-cropped dark hair and an unpretentious air, a certain surety in herself and her talents that unsettles the status quo. She’s accompanied by her occasional paramour, Bodhi—played by Patrick Swayze, of course, with a head of tousled blond curls and blue eyes competing with the Pacific for screen time.

Tyler and Bodhi truly complicate the narrative, subverting—and inverting—the male gaze. Film critic Laura Mulvey defines the male gaze as a dichotomy between male/active and female/passive, and Point Break’s director Kathryn Bigelow is more than prepared to shake that up. From the moment he meets her, Johnny Utah is far more reliant on Tyler than she is on him. Think about the statement that makes: an agent of the state, well-educated and backed by the all-consuming power of the U.S. government needing a civilian—a waitress, no less, someone he’d ordinarily overlook—to guide him. All the power rests in Tyler’s hands. Female/active, male/passive.

Utah begs Tyler to teach him to surf, keenly aware that she is in possession of expertise he can’t survive without. And that’s what makes Reeves so perfect for this role—his characteristic lack of humility and his constant willingness to submit to forces greater than him. Socrates was the wisest man in Athens because he knew that he knew nothing; as Hollywood has long thought, no one knows less than Reeves, which makes him very wise indeed. That is, in fact, his greatest strength. It’s his ability to cooperate and to concede his own ignorance that makes him so successful.

Point Break isn’t just about the power of femininity; it’s also about the transformation of masculinity. Bodhi, Tyler’s on-again, off-again inamorato, is the opposite of everything you’d expect from a man with Patrick Swayze’s physique and penchant for the physical. He’s kind, respectful, and extremely in touch with nature. He’s a leader not by force, but with charisma, shying away from the hierarchical and leaning into a place in the middle of the pack, where he’s content to relax. The moments in which he connects with Utah are a masterclass in nontoxic masculinity. In a game of football on the beach, Bodhi calls his friends off of Johnny, grinning at the other man as he acknowledges Johnny’s talent, inviting him to stay a while longer. He’s clearly comfortable with Johnny. They are never in needless competition and always in cooperation when it is possible.

Bodhisattva literally translates to “one whose essence is enlightenment.” Hence, Swayze’s Zen foil might be giving us a lesson in enlightened masculinity. There’s something about Bodhi that’s inherently transgressive and subversive. He never does what you think he’s going to do. He always offers to help, rather than to hurt, always tries to include, rather than exclude. And you can literally see this soften Johnny. He becomes less confrontational, less suited to the Bureau’s mold of officious self-importance. Point Break rejects masculinist, heteronormative modes of operation. It’s as much about the deeply fraught connection between Johnny and Bodhi, two magnets circling each other, attracted and repulsed simultaneously, as it is about Tyler and Johnny’s romance.

Neither Johnny nor Bodhi are prototypical action heroes. This is not about, as one of Point Break’s background surfers says, “Peace, through superior firepower.” There are no bombs with blinking red numbers for Johnny to defuse, or undercover stings in smoky casinos where he can intimidate his foes with a dark stare. His main companion—more so than even Tyler or Bodhi—is the ocean, capricious and formidable. So, the tools of his trade are all traits that have been understood as traditionally feminine—communication, cooperation, empathy, and patience. There is no ultimate mastery over the crest of a wave; there is only the imperative to acknowledge your insignificance, the fact that you are a smaller piece than you thought in a puzzle that is much bigger than it seems. What’s important in Point Break’s narrative is the ability to bend without breaking, and that’s a lesson we could all stand to learn.

So, make your popcorn, settle in, and prepare yourself to catch the ultimate wave. In the immortal words of Johnny Utah, “Vaya con Dios.”

Tags
Previous Article
The Story of Plastic: The Material Designed to Outlive Us
Next Article
Summer Break