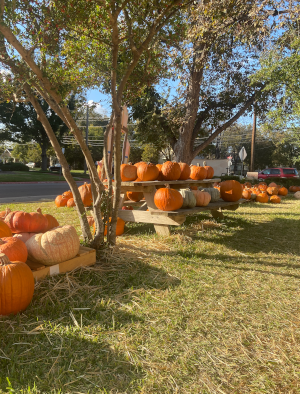 In 1978, the horror genre was forever changed by the release of John Carpenter’s soon to be classic Halloween. The movie not only brought the slasher genre to prominence but also revolutionized filmmaking with several groundbreaking techniques and made viewers across the nation terrified of the shadows in their own homes. The profitability of the series has inspired endless sequels and reboots, with the latest one, Halloween Kills, hitting theatres this October. Thus, it seems only right to celebrate the sinister, silent Shape’s return to the silver screen by reflecting on his prior appearances, and determine whether they are likely to put viewers to sleep rather than give them nightmares.

What is there to say that hasn’t already been said? There can be no doubt that the film that began the franchise is a cultural phenomenon and on top of that, just an all around great work in almost every way. While relatively simple in concept, a masked killer hunts down and attacks teenagers, the film delivers masterfully in almost every regard, from the instantly recognizable score, phenomenal camerawork and truly eerie shots with Michael hidden in the background, adding a feeling of impending doom, and truly standout performances from Donald Pleasance and Jamie Lee Curtis. For my money, this is the Halloween movie to beat, and almost all the rest of the franchise falls short.

A fairly standard sequel, the film follows up immediately after the events of the first Halloween, but is determined to up the ante, danger, and action beats this time around. Many elements that made the first movie such a success remain strong, with a bigger budget and better effects, and some truly terrifying moments, but for the most part it lacks the subtle tension and haunting visuals. However, it’s still certainly worth a watch.

Here’s where things begin to get strange. It is not commonly known, but originally John Carpenter had planned for the saga to be an anthology of horror stories that took place around the holiday, with each film set in the same universe but focusing on different plots in different parts of the country. It’s completely bizarre, with wild concepts and half baked ideas that the actors don’t even seem wholly convinced of. Overall, it’s not a bad way to kill an hour and a half, but I’d recommend several others of the franchise instead.

Despite the widely anticipated return of the franchise’s beloved mascot after Season of the Witch was generally a box office failure and audience demands, this movie turned out to be essentially a flavorless remake of the previous two. It feels like the most basic slasher movie, and borrows all it’s ideas from the others with no trace of originality, while also failing to deliver on any of their highs. Despite seeing a beloved antagonist return to sinister form, this movie might just be the most forgettable of the bunch.

Okay, I might’ve lied above, as I consider this movie just as forgettable as Halloween 4. This movie continues the trend of borrowing from its predecessors, with a character being hospitalized after the first film and also attempting to ramp up the action. I really don’t have anything else to say about the movie. It’s not the worst thing I’ve ever seen, but again, it just feels like a washed out rehash of what came before in an effort to make money off of a popular villain, and leaves the audience bored to death.

Halloween: The Curse of Michael Myers (1995)

This entry marks the point of no return, where the series takes a nosedive in terms of quality and believability. From cults and rituals to underground fortresses, almost everything good about the film is borrowed, and everything new is bizarre and ill-conceived. Even Paul Rudd’s acting debut can’t raise this poorly produced, weakly written mess to a decent standard. As of now, I think this might just be the worst the franchise has produced, but it’s got stiff competition.

A breath of fresh air for a series drowning in it’s own popularity and crushed by expectation and failure, this movie marked hope for many. A decent plot, a cast of strong actors, and characters moderately stronger than the previous few entries, plus it doesn’t hurt that it’s first act was to retcon the last three sequels, making it a direct continuation from the story of Halloween II. Overall, I can’t say the movie is anything special, but again, it’s a vast improvement over previous entries, and is also the fractal point in the franchise’s notoriously wonky timeline, with more retcons and reboots to follow.

I am not really sure how to describe this movie, other than the fact that rapper Busta Rhymes, playing a game show host, fights Michael Myers using kung fu. I am not kidding. Its main redeeming quality lies in the fact that it doesn’t take itself too seriously all the time, so there are moments of hilarity or cynicism to be enjoyed. All in all, again, I recommend most of the others over this, but it’s not the worst thing you could watch either, if only to see Busta-Rhymes do a flying kick.

Rob Zombie’s Halloween films are…different, in just about every sense. Firstly, they completely ignore everything that’s happened in the franchise, and only take mild inspiration from the first two, serving as a hard reboot with a distinctly more rural twist, and the films are much grittier and more over the top, reminiscent of Zombie’s other works. The characters are noticably rougher, ruder, and cruder, and Michael is considerably more brutal, which is kind of impressive, given what we’ve seen him do so far. So, for all it’s faults and uncomfortable parts, both films are mediocre entries that tell their stories in their own unique ways, and bring a new, albeit not entirely refreshingtake on the tired concepts of the saga of Michael Myers.

Halloween (2019)I bet you thought we were done messing with the timeline, but here we are. Halloween goes the extra mile in terms of confusing the audience, as not only does it retcon literally everything except the very first movie, but it also shares the same title with it. However I’m more than willing to forgive this as this movie is easily my favorite revival of a classic horror series. Heavily inspired by the things that made the first so wonderfully twisted all those years ago, the movie is also distinctly it’s own.The movie also returns to the beautiful, haunting style of shooting of the original with several sleek updates. Overall, while I don’t necessarily like everything about it, this is the only film to date that can match the original in my eyes, and I am thoroughly excited to see what the sequel will bring.