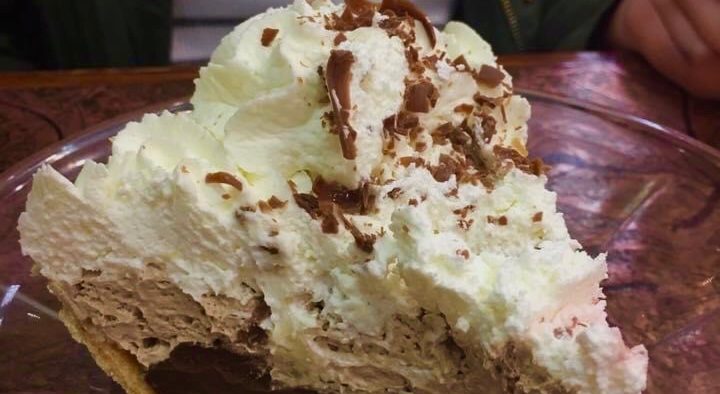 This article mentions eating disorders, mental illness, and trauma. Reader discretion is advised. The information in this article should not be taken as professional medical advice. If you or a loved one are struggling with an eating disorder, please visit NEDA (National Eating Disorders Association).

During the COVID-19 pandemic, the development of eating disorders has greatly increased. According to the New York Times, “[t]he National Eating Disorders Association helpline has had a 40 percent jump in overall call volume since March 2020.” Eating disorders have the highest mortality rate out of any mental illness. “It is estimated that 30 million Americans have struggled with an eating disorder at some point in their lifetime,” according to the CEO of the National Eating Disorders Association Claire Mysko.

“I was in fourth grade when I was diagnosed with anorexia, and I was 19 years old when that transformed into ARFID, (Avoidant/Restrictive Food Intake Disorder),” said Southwestern junior Isabel Neumann.

“I was diagnosed with binge eating disorder between the ages of 14 and 16 years old. It happened simultaneously with my diagnosis with A.D.D (Attention Deficit Disorder),” shared Southwestern senior Saul Zuniga. “My family knew that my eating behaviors were problematic, but did not know quite what it was, until the diagnosis.”

“I wasn’t aware that it was an eating disorder at first, but my eating was definitely disordered. It stemmed from bullying. I have a twin sister who was bigger than me at the beginning of my eating disorder, and she was bullied for it. Even though I was slimmer than her, I internalized the negative comments that she got because of her size, and I started eating very little,” Neumann said.

“My biggest current struggle has been that I also take Vyvanse for my A.D.D., which can suppress your appetite. There were times where I could not afford my Vyvanse, which meant that my appetite was not suppressed, which would make it easier for me to binge eat. Also, there is not a medication whose sole purpose is to decrease your appetite, so that has been hard,” Zuniga said.

Someone that I am close to struggled severely in their childhood with anorexia, in which they had to be hospitalized for malnutrition. Thankfully, they are doing much better today. I learned so much about eating disorders through their experience, and it surprised me initially when I would talk about eating disorder awareness, and people would sometimes respond with ignorant comments like, “How hard is it to eat? Couldn’t she just eat? Eating’s not that big of a deal.” I would hear these types of comments and wonder why there was this stigma against eating disorders. I began to think about how people perceive those with eating disorders, and where this stigma could be coming from.

“I understand that there is a stigma around eating disorders and that it can be difficult for people to open up about it. But, becoming open about it has been helpful to me, because I am able to have these important conversations with people. I think it’s important to find people that you are comfortable with having these types of sensitive conversations with,” said Zuniga.