The Aftermath of a Bombshell

The Aftermath of a Bombshell 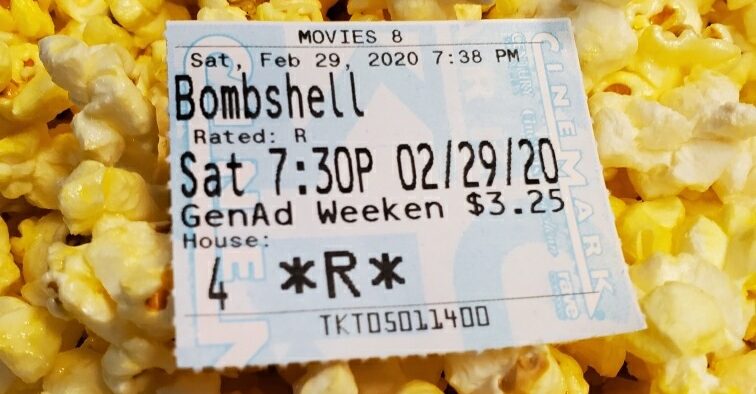 Bombshell is a searing indictment of misogyny and patriarchy, and it takes place in the arena least likely for such a narrative: the halls of Fox News. It’s about the scandal that would eventually dethrone news magnate Roger Ailes from his seat of power. The film lays bare a web of corruption and abuse that silenced the women at Fox News and forced them to trade their bodies for job security. Set in 2016, it follows three protagonists—Megyn Kelly, Gretchen Carlson, Kayla Pospisil—as they suffer sexual harassment and assault from Ailes and deliberate about whether or not to expose him. It’s a complicated story for more than just the obvious reasons. It asks questions not just about gender and power, but also about race and class. And cut into the film are real clips from the 2016 election and various Fox News segments, underpinning the whole story with a sort of slow moving dread, like an avalanche you can see coming from a mile away, and yet have no hope of escaping. At one point, while Donald Trump talks on the screen behind her, Megyn Kelly says, “He’s never going to be president.” Weaving in actual footage gives the film a sense of much needed verisimilitude that grounds the plasticine, mostly blonde cast in chilling reality.

The story is very real, though the brilliant, colorful cast give it such flair that you’ll find yourself wondering—and hoping against all hopes—if at least some of it is fake. The ringleader of the media circus is Charlize Theron, blonde and bold as Megyn Kelly, grappling with ad hominem attacks on her character first from then-candidate Trump, and then from a legion of his loyal followers. Nicole Kidman plays Gretchen Carlson, an anchor struggling to cope with constant abuse from Ailes, slowly shunted to the sidelines of Fox because of her age and her looks. The tension ramps up when Carlson refuses to take the harassment lying down, saying to her lawyers as she decides to file a lawsuit against Ailes, “Someone has to speak up. Someone has to get mad.” Kidman is perfect for the role, lending Carlson all the gravitas of a distinguished military commander looking for recruits to back her play, clad in a series of elegant cardigans rather than epaulettes.

Best of all is Margot Robbie’s Kayla Pospisil, one of the few fictitious characters. Kayla is a young, conservative, Christian millennial. Even though there is no real Kayla, she is an unsettlingly accurate amalgam of conservative figures, analogous to Tomi Lahren or perhaps a younger Laura Ingraham. She begins the film full of energy, radiant and upbeat, not yet worn down by the grim business of the 24-hour news cycle. But she is slowly unraveled not only by the lascivious demands of her male coworkers, but also by—most gutting of all—the snide comments from her female contemporaries, less comrades-in-arms than they are her most critical competitors. Her gradual transformation is mesmerizing to watch.

Aided by hairspray and ever-darkening smoky eyeshadow, Kayla becomes a shell of herself, stripped of her vim by John Lithgow as Roger Ailes. It’s a skillful and deeply human way to show how damaging assault and harassment are. The audience watches the life and light drain out of her, sucked away by the constant reminders from Ailes that her body is not her own—that she is first and foremost a cog in a disinformation machine, in Megyn Kelly’s words, “an anchor first, then a woman.”

Bombshell is important because it exposes the painful daily realities that women have to live with. It is harrowing to watch on film, but it is even more harrowing to live out. It reminded me of what I have always known, of what spurs me to walk a little faster when I’m alone, of what lurks in the silence and the darkness: women are always targets. We keep our eyes out for anything that can be a weapon—our keys, the weight of our purses, or in Gretchen Carlson’s case, information—because we are aware that we have something to protect. We are aware that our bodies are viewed as property constantly subject to plunder. That is a truth Bombshell brings commendably into sharp focus.

But Bombshell also asks more questions than it answers, perhaps not always intentionally. Chief among these questions is this: are we ready for the attempted rehabilitation of people who use their power to disempower others? This movie asks you to hold two truths simultaneously in your mind. First, that all women, no matter who they are, deserve respect, support, and protection from sexual assault. Second, that Megyn Kelly, Gretchen Carlson, and the network they were the face of have used their platform to vilify not only women, but also basically every other marginalized community in existence. Are we prepared to forget the latter fact in favor of blindly lionizing Kelly and Carlson?

What they experienced is unequivocally wrong. It cannot and should not be allowed to happen to anyone else. But these women—not just in Bombshell, but in real life, with real consequences—have fought to destabilize structures that could have protected them. Carlson says tearily, “I just thought one of them would stand with me.” You’re left wondering why she would think that when she spends all of her time working against female solidarity. And before Theron’s Kelly decides to join Carlson in exposing Ailes, she tells a weeping Kayla, “It’s nobody’s job to protect you.” That atomistic, individualistic rhetoric is what allows powerful men to isolate and abuse vulnerable women everywhere. What we have to grapple with—and what Bombshell perhaps fails to fully address—is the fact that you can be both a victim and an enabler of oppression at the same time. You can be complicit in the abuse of others, even as you suffer abuse yourself.

The question running beneath it all, the question that all of the women in Bombshell are asking, is a simple one: do you believe me?

But in response to that, as a black woman, I have to ask a different question: would they believe me? Would the women on a network who spend day in and day out calling people who look like me liars, thugs, and thieves believe my story? Would they stand beside me? I find myself wondering the same thing Sojourner Truth did over a century ago—ain’t I a woman, too?

That’s what makes the business of sisterhood and solidarity such a tricky one; it is often thankless, grueling work, done without recognition or thanks, attacked from within by the very women it is trying to protect. What the women of Fox News eventually did right—and what we must endeavor to continue—was to take a leap of faith for each other, even though it required risking everything to do so.