Birds of Prey: DC Nails Another Must C

Birds of Prey: DC Nails Another Must C 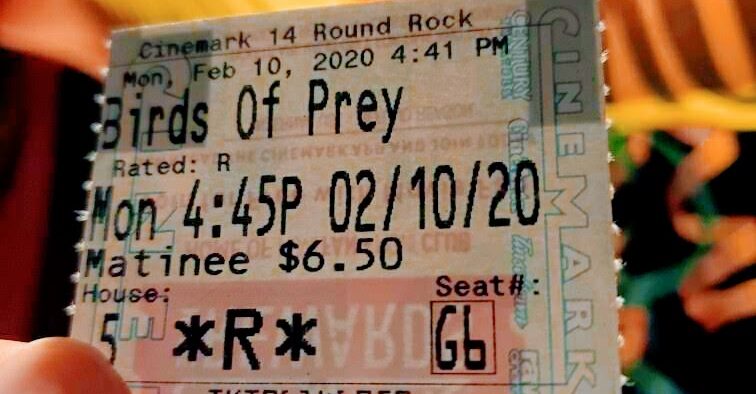 DC’s Birds of Prey is violent and clever and incredibly fun—everything a comic book movie should be. With the color palette and the soundtrack of an arcade game, it packs a loud, bright punch like a confetti cannon. Margot Robbie’s Harley Quinn is unhinged and passionate, backed by a brilliant ensemble of dynamic characters. It doesn’t take itself too seriously, and yet, it manages to be a brilliant endorsement of female independence. And as an added bonus, Birds of Prey stands on its own, so there’s no need to subject yourself to whatever Jared Leto as the Joker loosely defines as acting in Suicide Squad before you get to watch a movie that’s actually good.

Birds of Prey: Or the Fantabulous Emancipation of One Harley Quinn is about Robbie’s Quinn rediscovering herself after a calamitous breakup with the Joker. The titular Birds of Prey also features Jurnee Smollett-Bell as the Black Canary, Mary Elizabeth Winstead as Huntress, and Rosie Perez as Renee Montoya, a disgraced police detective. They band together to protect Cassandra Cain, played with surly naivete by Ella Jay Basco.

Birds of Prey is an ingenious pastiche of genres. It is a chick flick—a derivative term, but nonetheless slightly accurate—and an action movie and a sly feminist manifesto all at once. Fortunately, the Joker remains off-screen for the entirety of the movie, which both keeps the focus on female experiences and protects the audience from Leto’s clumsy attempts at portraying a psychotic villain. In Quinn’s own words, he’s really “just not that complicated.”

The principal thing that differentiates Birds of Prey from DC’s other comic book ventures is its director, Cathy Yan. Yan has a keen eye for storytelling, and what makes Birds of Prey so powerful is its cultivation of something we might call the female gaze. Feminist film critic Laura Mulvey put forth the idea of the male gaze, in which there is a distinct dichotomy: “male/active” and “female/passive”. Much modern media adheres to this. Women are to be admired, not autonomous. Every frame of Birds of Prey rejects this notion.

From the costuming—flashy and polychromatic, designed for stylistic flair rather than sex appeal—to the camerawork, which focuses on Robbie’s face and rarely her body, Birds of Prey is a testament to the dynamism of women. Conversely, the male characters, like Ewan McGregor’s Roman Sionis and Chris Messina’s Victor Zsasz, are relatively static, almost caricatures. It breaks the mold of the superhero canon. Yan is not concerned with making her women palatable. Her primary focus is making them interesting.

One of the best sequences in the film is when Harley Quinn orders an egg sandwich from a bodega. As Quinn narrates, the camera pans over glistening bacon and a lightly toasted English muffin like the world’s best-produced McDonald’s commercial. Seeing a hungry woman in film—not as a metaphor for ambition, but just as a genuine desire to eat—is incredibly powerful.

Women are not supposed to want things, especially not food, because it is messy and uncomfortable. There is a certain uncanny cognitive dissonance about a woman’s desires being central to a narrative; it is so unfamiliar. But Quinn is voracious and vibrant, tearing into the sandwich even as she runs from a horde of angry opponents. She refuses to be delicate. She will not be suppressed. It is the same for her compatriots.

Smollett-Bell’s Canary is transgressive because her superpower is the one thing a woman is not supposed to be: loud. The Huntress is ferocious, undeniably strong, and charmingly guileless once her armor is off. Renee Montoya clashes with her male coworkers fearlessly, and Cassandra Cain subverts the power of both men and the upper class. The women of this film are not only defiant; they are unique, and that is a very rare thing to see at the center of a story.

The film’s central conflict pits Quinn’s crew against Roman Sionis, who is male privilege embodied. His villain has all the greasy charm of an oil slick, multicolored and poisonous. His goal at every turn is not just to steal, not just to profit, but specifically to own. And when his esurient ethos clashes with Harley Quinn, there’s something distinctly misogynistic about it. At one point, he makes a male clubgoer cut the dress off a woman who laughs too loudly; he forces her to dance on the table for his amusement, stripping her not only of her privacy, but also of her agency. And in a scene at the climax of the film, Sionis faces the Birds of Prey on the battlefield, backed by the men of Gotham, and he calls them “little bitches.” It’s an incredibly precise gendering of brutality. Sionis’ sadism is meant to reinforce a specific hierarchy, to belittle and intimidate. It is cruelty for cruelty’s sake. There is an inherent difference between Quinn and Sionis, which is a microcosm of the nature of violence within the film itself.

In flashbacks to Quinn’s past with the Joker, we see her commit acts of violence in a toxic, emphatically masculine way: not as a means to an end, but specifically to humiliate her victims. Just like Sionis, it is to remind them that she has more power than them, and that she can wield it recklessly and without consequence. But when she’s on her own, there is something markedly different about her technique. It’s not only violence with style—like her cartoonish gun that shoots deadly flurries of confetti—but violence for a reason. To pay a debt, to protect herself, to defy Sionis. It is purposeful in a way that Sionis is not.

Ta-Nehisi Coates offers a definition of violence in Between the World and Me: that its material nature delivers a specifically psychological message, despite its physical effects. Your body is not your own, Coates says. Quinn tells the Canary with a wry smile on her face, “A harlequin is meant to serve.” We can tell from Smollett-Bell’s expression that she feels the same; she knows a canary is only meant to sing. Gotham’s men have a very specific idea of women: that they belong in the genitive case, as accoutrements, accomplices, and accessories. Every punch and kick that they deliver is a refutation of this idea. They are taking back the most basic and intrinsically human possession: their bodies.

And if that sounds too deep for a superhero movie, I would ask you to take a moment to contemplate the very real experiences that undergird the presentation of female strength in Birds of Prey. How many women do you know who feel powerless, possessed, and paralyzed? And what can they do to change that?

In many ways, the exquisitely and meticulously choreographed violence in this movie is a reclamation of autonomy with a very real basis. Quinn cashes in on a traditionally masculine currency with fists and teeth and blood, and she doesn’t stop until she gets what she wants. It is important not only for women to see that, but also for men. Birds of Prey is an astute and amusing tour de force that must be seen to be believed. Waste no time in doing so.