‘Little Women’ is a Big Deal

‘Little Women’ is a Big Deal 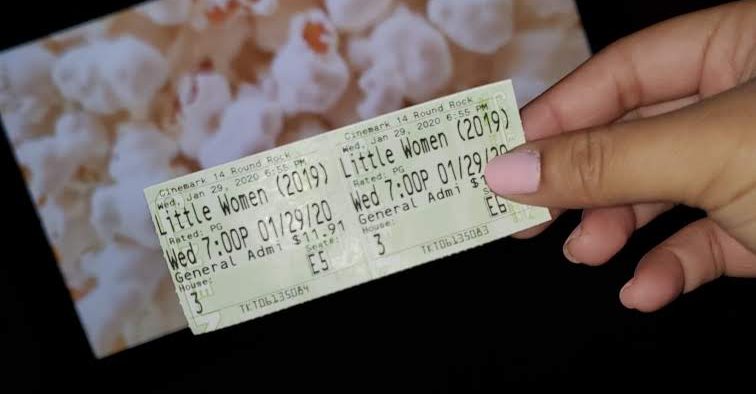 For 150 years, “Little Women” has been a cultural touchstone that defines the way we think about women in literature. Greta Gerwig has breathed life into the story for a new generation, aided by a star-studded cast, meticulous costuming and set design, and a well-honed script that weaves Louisa May Alcott’s signature proto-feminism into the fabric of the film. Stories focused on the rich inner lives of women are as important now as they were in Alcott’s day. Gerwig and her phenomenal cast unspool an achingly human narrative with all the delicacy of a flower unfurling beneath the sun. The film is a snapshot of youth and vitality made all the more poignant by its ephemerality.

Alcott’s “Little Women” was originally published in 1868 and tells the story of four sisters—Meg, Jo, Beth, and Amy March—growing up in the shadow of the Civil War. The audience follows the intertwining lives of the titular little women as they move from the safety of girlhood to the unforgiving realities of life as a woman in the nineteenth century. There have been many adaptations prior to the 2019 film, but Gerwig doesn’t pull her punches in a successful attempt to distinguish herself from the rest.

The cinematography alone is a work of unmistakable directorial prowess. Gerwig fleshes out the March sisters’ world with painstaking verisimilitude. One of the first scenes follows Jo as she races down a New York street, clutching her bags and panting. The camera pans in one long shot, catching every angle as she weaves through the crowd. And it is with this shot that Gerwig draws upon her leitmotif of indefatigable youth. Jo runs with her skirt pulled up out of the way, her hair a mess, her scarf flapping in the wind. She runs without artifice, without performance, without any particular finesse. She runs as a child would: full of joy, heedless of stamina. In such a simple scene, Gerwig captures youth and distills it. Every shot shows similar precision and ambition. At Meg’s debutante ball, Gerwig captures all the girls from overhead in their pastel finery, each one of them a dot of silk and lace. They are a pointillist masterpiece, the whole of them greater than the parts. Another scene on the beach, with the whole cast incandescently happy in the sun—flying kites, skipping rocks, with all the trappings of adolescence—could be its own “Island of La Grande Jatte.” The mise en scene is an immediate indication that this movie is Gerwig’s masterwork, and she doesn’t disappoint.

The cast, too, has much to do with “Little Women’s” success. Its ensemble includes Laura Dern, Timothée Chalamet, and Meryl Streep, all of whom are brilliant. But it is the sisters who really shine. Emma Watson is Meg, warm and maternal, though she is the least impressive, perhaps because she is working in the shadow of formidable co-stars. Saoirse Ronan brings Jo to the screen with punchy, sharp-witted vivacity, a dynamic rendering of a teenager on the precarious and frightening cusp of adulthood. Eliza Scanlen’s Beth is everything an angel in the house should be—sweet and meek, far more static and sedate than her counterparts in a way that subtly signals her character’s fate. And Florence Pugh as Amy is rambunctious, rapacious, and thrillingly satisfying. She tames Amy’s characteristic greed and thoughtlessness with jejune and verve. As yet another testament to Gerwig’s skill, the film is shot in a non-linear style; the present is shown in cold gray-blue, while the past appears in warm gold. Thus, we see each sister in turn as a woman and as a girl—as both world-weary and hopeful. This only serves to make the character development of each even richer.

Perhaps the strongest performance is Pugh’s Amy, for which she has already understandably received multiple award nominations. Amy is one of the most maligned characters in literature, and the well-documented distaste for her is understandable. But Pugh brings something to the role that transforms and elevates every aspect of Amy. Of course, she is still childish, impish, and painfully inconsiderate. Nevertheless, she is also something rather unique for a nineteenth-century woman: ambitious and unafraid to reach for the things she desires. At one point, Amy says matter-of-factly, “Why be ashamed of what you want?”

The question is posed so frankly and logically that you almost find yourself agreeing with her. And there is something so refreshing about a woman who is hungry. It is unfamiliar and uncanny when things work out for a heroine, because there is a long tradition of women being punished for demanding better than the scraps they are thrown from a man’s table. Though it often comes at the expense of others, Amy gets what she wants, and if it isn’t handed to her, she takes it.

But she is complex, too. There are things more ineffable and unreachable that escape her grasp. She wants to be a famous painter, more than an “ornament to society,” in her words. But she’s cognizant of the fact that women are rarely recognized for their achievements in the annals of history. In a blistering monologue, she snaps and defines the core of her longing: “I want to be great or nothing.” Such a sentiment is likely familiar to women struggling to define themselves despite constant setbacks. The pain in Pugh’s eyes and the very real desperation in her voice forces you to sympathize with her, despite her occasional avarice and her entitlement.

Perhaps it is time for a likable Amy March; after all, we’ve gone 150 years without one.

The best thing about “Little Women”—aside from Florence Pugh, and of course, Saoirse Ronan—is the centrality of women and their experiences to the narrative. Following in the literary tradition of authors like Jane Austen, Alcott—and by extension, Gerwig—makes men entirely incidental to the story. Scenes with the March sisters are always overflowing with emotion, be it negative or positive. Whether they are comforting Meg when she hurts her ankle, arguing with each other, or carousing in the March family home, they light up the screen.

In contrast, one of the few scenes with only men is dull and grey, even with the aid of Gerwig’s strategic golden lighting. Chalamet and Norton are quiet and pensive, sitting in the library and arguing half-heartedly over Latin. But when Chalamet’s Laurie sees Amy outside the window, he comes alive: “Look!” he says. “There’s a girl!” Energy returns to the screen in full force, with Amy sobbing over her cruel teacher and yet simultaneously managing to flirt with Laurie, a Heidi-like figure against the snow in her straw hat and blonde pigtails. The women of this story are strong and fiery and expressive. They refuse to be contained within a box of passivity and unrealistic perfection. They are unapologetically ambitious, they fight to keep their family together, and they don’t ever back down. “Little Women” is a powerful inversion of the Mulveyan male gaze. It is about women, by women, and for women. And that is its greatest strength.

Tags
Previous Article
Who Let the ‘Cats’ Out of the Bag?: Media Monopoly and Film
Next Article
The More You Know About Racism Panel: Getting Out of Our Comfort Zones