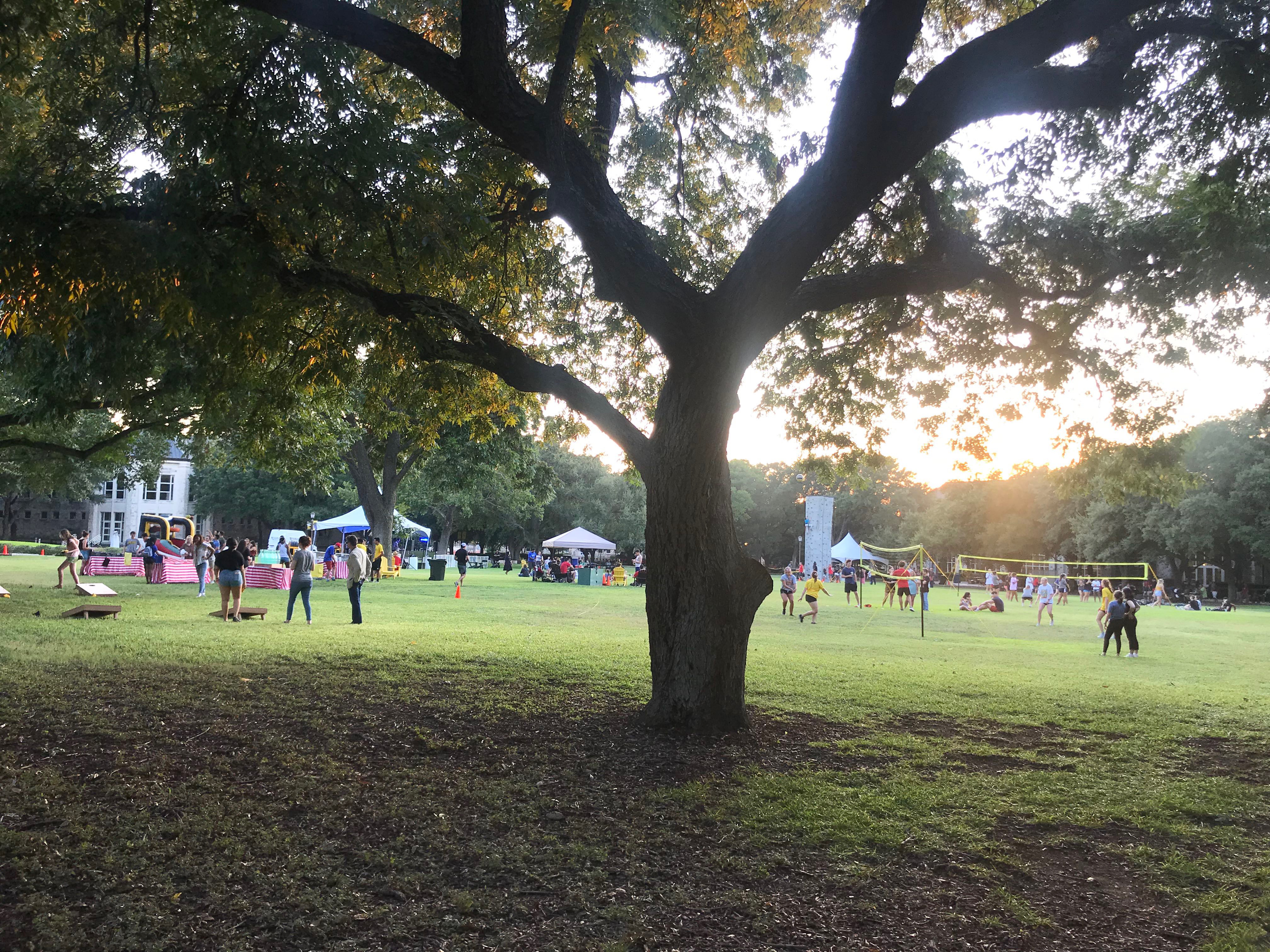 On Friday, September 6, Southwestern University held their annual Pirate Party in the Academic Mall. The event was sponsored by the Office of Student Activities and SIRA. The Pirate Party had carnival games, live music, intramural sports, and most importantly, dinner. Sodexo provided free food to anyone attending who didn’t have a meal plan, but if students did have a meal plan than they would use one of their meals. There was sloppy joe, corn on the cob, mac and cheese, corn dogs, a dessert station, and much more.

First-year, Logan Kenny, said “it was poppin’ at the Southwestern pirate party.”

The carnival games were constantly crowded with eager students and parents to win their shot for a ticket to enter the raffle held at the end of the evening.

A very popular booth was the spin art for all ages. Senior, Sarah Pulatie, who was working the event said “It was a well-loved attraction where even beginner artists could create art.”

The spin art was most popular with local kids from Georgetown. The volleyball tournament was a huge hit and games were constantly being played. Another popular activity was the rock-climbing course where contestants had the opportunity to use to try and make it to the top! It wasn’t for people with a fear of heights. Tensions were rising at the intramural cornhole tournament as some kids debated whether an underhand or overhand toss was more successful.

This event allowed students, staff, and Georgetown locals to come together and make a memorable evening. The event started out with hot Texas weather, but luckily there was a very convenient cooling station with snow cones to keep everyone cool. Local band from Austin called Black Pumas performed for everyone attending the event.

The local band played a large role in the lively atmosphere and kept everyone entertained and cheerful.

The outpouring of good spirits was a great way to kick off the school year!