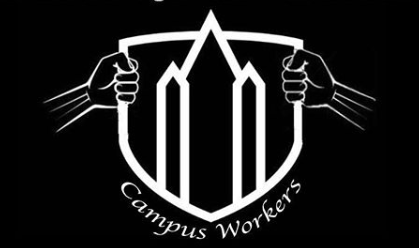 SU Socialists is a newly funded club on campus, this semester (Fall 2018) being their first semester officially recognized by the university. Cole Whiteley is one of the founders and Secretary General of the club—the equivalent of a club president. In an interview conducted via email, I asked why he formed the club. He said he believed there has been a growing interest with socialism growing on campus.

“What inspired us to form the club was realizing that there are a lot of Socialists on campus,” said Whiteley. “After talking with friends and people in my classes, it seemed that there was enough interest in Leftist politics for us to get together and learn from each other.”

“I think we have gained more members because we have officially ‘become’ an organization, meaning we could officially sponsor events and put up posters,” said Whiteley.

SU Socialists itself is more focused on the Southwestern community. All members are invested in the larger goals of socialism, including discouraging the influence of large corporations and private industries, but those goals help fuel their outreach on campus. On September 26, they held a Teach-In on Unions.

“We are more focused on raising awareness about the power of socialism, fighting against sexual assault on campus, promoting workers rights, and combating racism, sexism, homophobia, and transphobia on our campus,” said Whiteley.

Concerning the history of socialism in the United States and the negative response it has received, SU Socialists have received mixed reactions to their club’s presence on campus. There is support through the number of new members and their dedication, but there is also backlash who believe socialism is harmful.

“As with any political position, not everyone is going to agree,” said Whiteley.

Whiteley sees the growing importance of socialism, not only on campus but also internationally.

“In my opinion, socialism gets more important every day,” said Whiteley. “We live in a world where the majority of people are not paid a living wage, wealth inequality is constantly increasing, where private industries continue to worsen the ecological crisis, and people of color are oppressed and killed by the very people that are meant to protect them.”

With the growing positive outlook on socialism in the United States, Whiteley still cites global leaders pushing towards “fascism” in their governments and economies. With this concern, Whiteley does not believe socialism has become more “popular,” or more widely accepted.

“I hope that socialism becomes more widespread in the near future,” said Whiteley. “[B]ut I am not certain that it is becoming more popular.”

Tags
Previous Article
Students Leave Their Mark On Korouva Milk Bar
Next Article
What is ASMR?