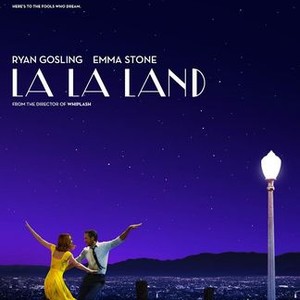 La La Land is a nostalgic film with powerful imagery and motifs. While film lovers will appreciate this movie for its technical achievements, you don’t have to be a film aficionado to enjoy it.

It begins abruptly with a flashy opening number. Plunging the viewer directly into a world where singing and dancing can happen anywhere, the pre-credits scene is six minutes of energy and excitement. It was shot with over a hundred dancers on a closed overpass in Los Angeles. An interview with the movie’s creator revealed that it was in fact three cuts stitched together seamlessly, made to give the impression of one take. This scene embodies the opportunities of Hollywood; both the anticipation of “making it big” and the looming threat of failure. Overall, it sets the expectations for the rest of the movie.

But once La La Land begins in earnest, it isn’t the musical predicted by the opening. Instead, it is a highly personal and intimate character study. It tells the tale of Emma Stone’s Mia, an aspiring actress, and Ryan Gosling’s Sebastian, a floundering jazz pianist. Ultimately, the plot is thought out very well. Some people have been disappointed by the ending, but without going into the details I would like to disagree. The ending is very appropriate given the themes. Not everything works out as planned. Yet I don’t want to get into the plot in this review. I implore you to give it a chance anyway and develop your own opinions.

Instead I’d like to discuss the relevance of this movie in its context. Take a look at the movies being released these days. Almost all the mainstream movies are remakes or sequels. Outrage about this has led to the hashtag #NoNewMovies. La La Land, although highly nostalgic, is original. It throws in references to classic movies such as Rebel Without a Cause, Singin’ in the Rain, The Umbrellas of Cherbourg, and others. It heralds the comeback of the big budget musicals, of which we will be seeing more, starting with Beauty and the Beast.

Despite the sing-and-dance scenes, this movie is not overwhelming in its musicality. Actually, the music follows the characters and plot, and isn’t forced as it is in similar movies. The use of diegetic (in universe) singing integrates the soundtrack with the characters and plot. They were so well integrated that it didn’t feel like a musical. The songs were a means of transferring emotion from the characters to the audience, and not purely for their own sake.

This movie is also a technical masterpiece. Camera angles, the use of depth of field, and vibrant colors establish a magical atmosphere. All of this was made possible through the technology used to film the movie: it was, in fact, shot with film. Modern movies are recorded using digital cameras and effects are added in post-production. Yet La La Land needed to be different. What is immediately apparent is the use of a wider aspect ratio: CinemaScope 2.55:1 instead of the modern 2.4:1. This harkens back to the 1950’s, when films used this format. Personally, I greatly appreciate the use of film to record this movie. Film photography is a dying art which to me is much more valuable than digital photography. Each shot is meaningful because you have to think through the composition.

There are many debates about what La La Land is. I believe it is a study on the promises of the show business, an examination of characters, and what happens when someone actually succeeds. Finally, it tells us that love is fickle, and life doesn’t always work out the way you plan. If you still haven’t seen it, I highly recommend it. La La Land is currently showing at the City Lights theatre in Georgetown at 4:15, 7:15, and 10:00.