Harambe is Gone and the Humans are Out for More Gorillas

Harambe is Gone and the Humans are Out for More Gorillas 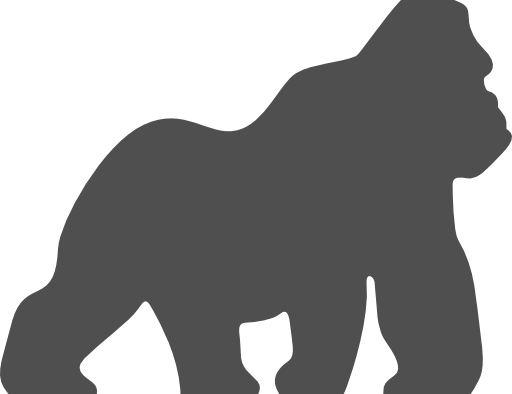 Eastern Gorillas populate various regions in Africa including Congo, Rwanda, and Uganda. However, their homes are plagued by the region’s civil wars. The natives have begun to hunt Eastern Gorillas, which has been spurred by the spread of firearms. This has led to a population decline of more than 70% in the past 20 years. The gorillas have been poached by workers of mining camps for their meat and some people even sell it commercially.

The people in Africa have an easy time obtaining firearms as a result of widespread insecurity in the region due to the ongoing civil wars. Thus, not only do humans in Africa suffer, so do the gorillas.

However, guns are not the only reason why the gorillas are disappearing. The loss and degradation of the gorilla’s habitats through agricultural and pastoral activities play a big part. The illegal extraction of natural resources also contribute to the destruction of the gorilla’s homes. The IUCN states that the above reasons are why the Eastern Gorilla has been declining at a rate that is almost three times above that which qualifies a species as endangered.

Many scientists have expressed that the Earth is currently experiencing the sixth great extinction, an event characterized by the loss of between 17,000 and 100,000 species each year. This will actually be the first extinction that has been caused by mankind. Many changes will have to be made to conserve habitats and stop climate change before we end up losing many species forever. Imagine a world where you tell your children that there once was this animal called a rhino, or a tiger, or even a gorilla. Many of these commonly known animals are critically endangered. The truth is that without any changes, the animals will simply become a memory of the past, a picture in an encyclopedia of an animal that once was.

However, while the news of the newly categorized Eastern Gorilla as critically endangered is saddening, the good news that was also released at the same time was that the giant panda is no longer considered an endangered species. This news is also an indication that sufficient efforts to conserve a species pays off. Hence, we should start saving these animals that we share an Earth with because we are all part of a fragile co-reliant ecosystem and without these creatures, we would have been done for long ago.