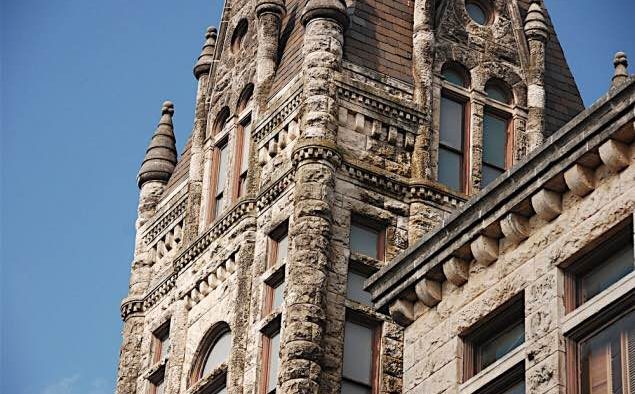 Almost two thirds of graduating high school students go on to study at an institute of higher learning. For many, it seems like the clear next step. However, the path students take after graduation from college could be anything from graduate school to a job to traveling the world. In a world where schools are becoming increasingly selective and the job market is more competitive than ever, the summer after graduating can be more than a little nerve wracking, especially coming from a small liberal arts school.

For 2016 graduate Katy Swanson, her first summer went as planned, starting with her leaping directly into a new job after she graduated. “I started working as a Field Service Consultant for MetLife group insurance about 10 days following graduation,” she stated. “Within the job, I act as a liaison between sales, brokers and our group clients.” She had already secured two internships with MetLife during previous summers (one in Houston and one in Chicago), so taking on a job with MetLife had been her plan after graduation.

In contrast, 2016 graduate Kathy Douglas’ perception of her future changed over the course of her first summer. Originally, Douglas planned on continuing her studies in graduate school. However, after not hearing back from the school by the time summer started, she began looking for a job. She got an interview with AeroTek in San Antonio and took the job even after finding out she had been accepted into graduate school. “The job had the better living situation,” she explained.

“I still continue to play my violin, something that helps me relax when things get stressful,” Swanson said said Swanson. She added that the activities she participated in were a good relief from her coursework.

Both students revealed that their time at Southwestern did, in fact, prepare them for the real world.

“I got a lot out of my education. Southwestern keeps you busy and working hard,” Douglas stated. She specifically cited the Career Services program at Southwestern (ranked the fourth best program of its kind in the nation). “Working with them on postgrad really helped me in my process. Help finding internships,  GRE practice tests, help looking at grad schools, professional photos by Carlos Barron, resume help, and career help were all things that they were able to provide in my time at SU. I hope students use them as a resource and start early,” she said.

Swanson specifically pointed out the life skills Southwestern gave her through both her education and the extracurricular activities she participated in. “Southwestern prepared me for the real world by teaching me to not give up, and power through; persistence is key, . ”she said.

The Southwestern class of 2016 has gone on to do a variety of things, from medical school to acting at a Disney park. The benefit of Southwestern’s education, it seems, is not isn’t just in its academics, but also in skills that are indirectly taught to students, such as perseverance and hard work.

“I also think the professors at SU have done a great job of keeping standards high, especially the Psych department,” Douglas noted, giving a special shout out to her professors Dr. Neighbors and Dr. Purdy (retired). “Everyone there has made me push myself, and I don’t think I would be where I am without every single professor I’ve encountered at SU. And that’s across all departments.”

Overall, both Swanson and Douglas had successful summers after graduation, whether or not they matched up with their original plans. The truth is that Southwestern prepares its students for just about any path they may choose, even (or perhaps especially) if it’s one they were not expecting.

Tags
Previous Article
Constant Updates on the Burger Spectacle: Ed Spotting
Next Article
Harambe is Gone and the Humans are Out for More Gorillas