Board of Trustees is a Whiteboard, Rather Than a Board of White Men

Board of Trustees is a Whiteboard, Rather Than a Board of White Men 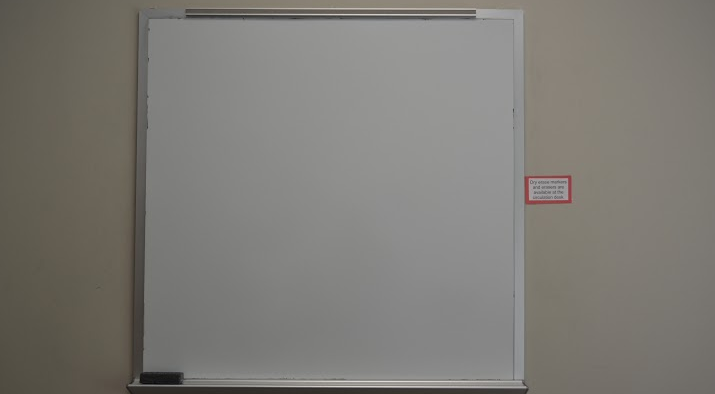 Diversity is an important topic to students and faculty alike on campus. Without different student backgrounds, the exchange of ideas that this university has always prided itself on is missing a critical piece.

That being said, Southwestern is far better now than it has been in years past. Gone are the days of old academe, where an entirely white class would learn each subject with the help of their straight, white, probably balding professor, clad in an earth tone sweater, khakis, and Sketchers. The days of hacky sack, cargo shorts, kayaking, and retrying high-fives after failing the first time have been left in the past.

Our classrooms are finally beginning to reflect the multicolored makeup of our nation, but what about our board of trustees? It is important that we have many different voices debating what is best for our school moving forward.

Many fear that our board of trustees is made up of too many white men to implement any sort of change that would positively affect the student body as a whole. I decided to ask them myself.

I found myself waiting for the board of directors in the McCombs ballroom, seated alone at a table with my notepad. In the front of the ballroom against the wall sat a blank whiteboard, which I assumed they would be using to explain their plan of action.

After a short time alone, a man I had never seen before entered and asked if I had finished my interview yet. He said he had to escort the board to their next meeting soon.

The man looked as confused as I felt. “Young man, you’ve been sitting in here with the board this entire time.”

He directed my attention back to the whiteboard, and suddenly I understood. The board of directors wasn’t a group of business savvy white men; the board was literally a whiteboard, and it had been sitting in front of me this entire time.

I asked the man to give me five more minutes with the board. He nodded and shut the door behind him. It was time for me to begin my interview.

“Mr. Board,” I said, “With claims the toilet paper at SU is made by a sandpaper manufacturing company underway, what can we do to make sure such allegations never happen again?”

The whiteboard didn’t speak. After a long period of silence, I tried again.

“What do you think of ‘Monstrance for a Grey Horse’ claiming academics are slipping at SU and only a single student making the Dean’s List?”

Nothing. At this point I grew frustrated.

“Sir, it’s the board’s job to make sure this school is as great as it can be. These questions need to be answered by someone in the administration with the power to change things. Please, work with me.”

It gleamed at me in defiance and remained quiet.

“You know, if the board doesn’t pay attention to the students it governs, nobody wins,” I said.

I waited for a moment to see if he might say something, but nothing came. He was inanimate. It was like talking to a chalkboard, only whiter.

I ended the interview there. It’s frustrating to think that board holds such an important position. He was completely void of emotion and sentience. I can only hope that one day he will learn to listen.