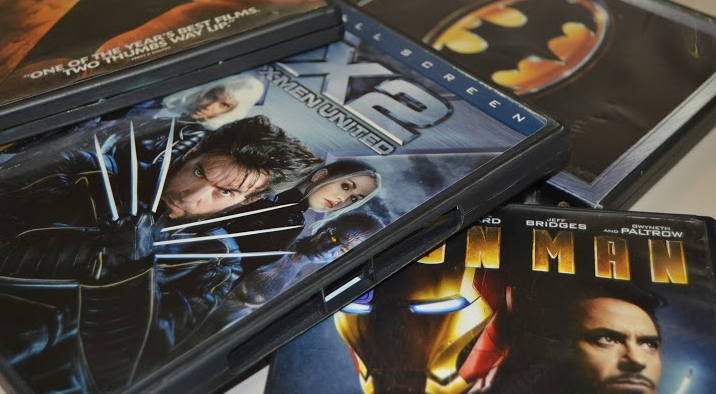 This past week, DC released another movie in their abundant Superman franchise, “Superman Versus Batman.” This movie was completely original, nearly departing entirely from every other depiction of Batman and Superman. Also this movie introduced Wonder Woman and presented a host of new characters who will soon join the franchise in sequential movies.

This sets back Marvel’s plan to get ahead of DC’s enormous franchise. The latest Marvel movie which hit the screens was “Deadpool,” with reportedly over 100 hidden references to the comic Marvel and DC universes. I despised the movie so much my computer and phone backgrounds are Deadpool fanart. Marvel will have to make up for this terrible Ryan Reynolds movie with their unremarkable “Captain America: Civil War.”

I am personally so unexcited for the upcoming Captain America movie, I have it bookmarked on my calendar and also bookmarked the date when I can pre-order tickets to the premiere. Am I planning to see it at midnight the night before I graduate with my friends? Pssh, don’t be silly! (Of course I am.)

What makes DC movies better than Marvel? Well, for starters, once the movie is over, it’s over. The audience doesn’t have to wait through all those credits to see a three minute clip of Samuel L. Jackson alluding to the future of the franchise, or a group of exhausted weirdos eating schwarma. The movie ends, the credits roll, the lights come up, and the audience leaves the building.

Also, DC takes time to point out their damsels in distress. It’s fulfilling to see a female journalist needing to be saved almost every ten minutes of the film. Why would I ever want to see a Russian assassin back-talking an evil alien or a CGI robot? I’d much rather see Wonder Woman fight for about ten minutes in glimpses beside the two title characters before she’s placed in the background again. Marvel also has a two entire series based on additional women characters in their universe: “Jessica Jones” and “Agent Carter.” DC doesn’t waste time with unnecessary character development.

In short, DC is just superior to Marvel when it comes to movie franchises. It’s not like Marvel was the first movie franchise to ever introduce the possibility of heroes showing up in other movies with their ending clip to their remake of the Hulk movies, when Samuel L. Jackson showed up unexpectedly. DC is clearly superior because of the abundance of films currently in the franchise. Marvel’s just going to have to up their game.

Tags
Previous Article
Board of Trustees is a Whiteboard, Rather Than a Board of White Men
Next Article
White, Trite, and Fair (WTF): Promoting Deep South Entitlement