Putting The Community Back In Commerce

Putting The Community Back In Commerce 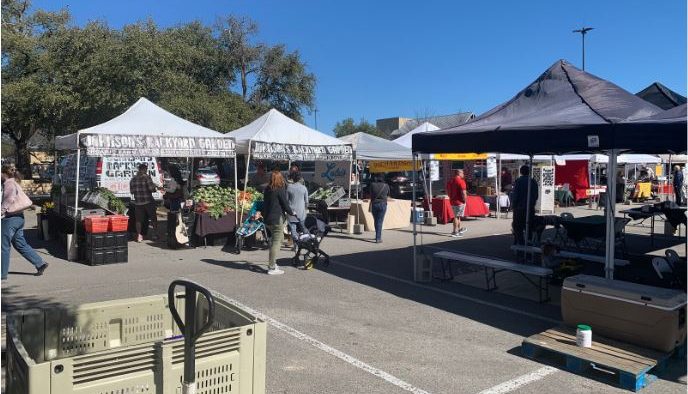 America is the homeland of commercialism. In this country, if something can be held in your hands it can have a price tag slapped onto it and it can be tossed into a shopping cart at your local superstore. It’s a skill that American industries have like no other place in the world, and love it or hate it, it’s what has made this the most prosperous country in the world. Without the relentless drive to innovate and sell and turn profit, we would never have had things like iPhones, Xboxes, Twinkies, and Reality T.V. Even the thought of living without these staples of the 21st century lifestyle makes me shudder. But for all the boons our “cash-is-king” mindset has granted us, it all feels kind of hollow sometimes. Today if you want a product you can research it online, drive to Walmart and shop all by yourself, and wrap everything up at the self-checkout counter. For those who desire a more personal touch there is a severe lack.

Seeking refuge from the barrage of brand name, 50% off, made in China meaningless merchandise, I decided to stop by the weekly Saturday morning farmers market at Wolf Ranch Town Center. As I step out of my car, I am immediately enthralled by the smell of cooking meat, and dozens of colorful tents shining in the sunlight. A far cry from the silent shopping of modern retail, the marketplace is bustling with people chatting with the vendors and each other. Groups of children and even a few pets run around the picnic area at the center of the market, where people eat the meals freshly prepared for them at the surrounding stands. In my previous visits here there has been live music, like pan flutes or guitar duos. Today however, they’re just playing Beyoncé’s All the Single Ladies over their stereo system.

The goods being sold here are unlike those you would see anywhere else, and the people that sell them are just as interesting. One stand I stopped at billed the tea it sold as the best in the world, and after talking to the shop owner I believed it. He told me how he’d spent 40 years in his native Sri Lanka as tea consultant, where he’d overseen multiple thousand-acre tea farms to ensure their quality. To say the man knew his tea would be an understatement, as he spent nearly twenty minutes explaining to me the ins and outs of the tea industry and all the intricacies of growing various strains of tea plants. As I left his stand, my attention was captured by a purple chicken across the row. The stand’s owner had with her a stack of children’s books entitled Gracie The Purple Chicken. She told me how it was based on the true story of the chicken they had with them. Gracie was being constantly bullied by the other chickens until their family dog stepped in to protect her. Not wanting the harassment to continue, the family got a special spray from a farmer they were told would help with the problem. But when they put it on the chicken, she turned purple. Luckily for Gracie, it worked, and the other chickens stopped their negging. As for the family, well they got a story out of it. Some stands sell homemade goods like handbags and jewelry. Others make their way by growing things and selling their harvests at markets like these, but not the kind of things you would find at HEB. For example, one man I talked to specialized in pecans and fertilizer and gave me the guide he uses to producing the highest quality, most nutritious fertilizer to grow things in. The food stands offerings range from the kind of food you would find at carnivals like fried waffle cones, to more of the things you would expect at a Whole Foods like organic cheesy bread. Others still offer natural remedies and supplements, and what gathering of entrepreneurs like this would be complete without at least two different people selling CBD?Maybe tea, chicken stories, and new-age medicine aren’t your thing, but there’s more to this market than the products they sell. As I talked to each of these sellers, whether they had been coming to the to market for just a few weeks or for many years, they all emphasized how supportive the community was in their growing, small businesses. Without these little assemblies of community minded producers, there would be no alternative to the monopoly of the Mega-Marts, no way for the little guy to stand up to these huge corporations and say business in only about the profits. This farmers market is more than a gathering of stands, it’s a gathering of people. As I look beyond the borders of the market to the surrounding buildings,, I can’t help but feel I’m standing on an island, cut off from the speed and scale of the 21st century; where people come before brands, and community thrives.

Tags
Previous Article
Going For (Not) Broke
Next Article
The Abomination of Baby Nut: a Closer Examination on Corporate Babies