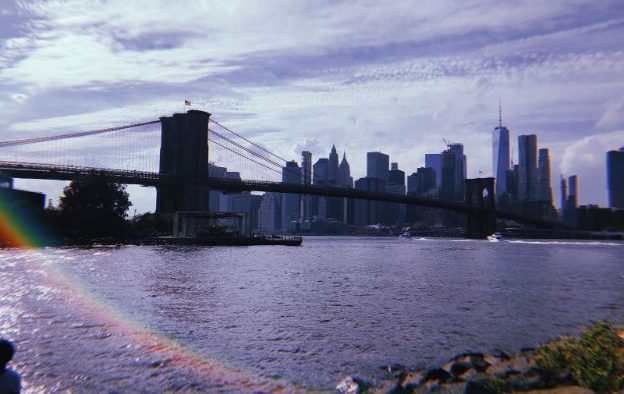 New York City, the city that never sleeps and the city that holds more wonders than you could ever imagine. It holds a program that invites students to live out their dreams and find themselves in their art while helping students figure out how to navigate the world of art. The New York Arts Program, located on 36th Street New York, New York, a few blocks away from Times Square and Penn Station, creates an open environment “for budding artists to explore and learn more about the field and what it’s like working for the arts.”

WHY THE NEW YORK ARTS PROGRAM

The New York Arts Program just celebrated the 50th anniversary of exposing the world of art to college students and graduate students. Each advisor is hand-selected and many students have made personal connections to their advisors and supervisors. The New York Arts Program makes sure that each student gets the experience they need and want, gives them connections that they didn’t know they needed until they received them, and helps their students grow toward the artist they wish to become.

The New York arts program helps students get into contact with people from all over within their area of interest. They have helped to place “over 4500 students in Broadway and off-Broadway theatre organizations, opera houses, dance companies, publishing houses, literary agencies, music performance venues, and with 1000s of individual artists, writers and musicians.” (https://nyartsprogram.org)

I was interested in publishing and writing, so my advisor (Fall 2019) was John Reed. John Reed is a published author, play-write, professor, trumpet player, and full-time dad. He discussed with me my interests and worked with me through the summer to land an internship. We also had focus groups that included the fellow advisees of my certain advisor; usually, these students are doing the same things you are, or similar. My group was slightly different, having two people working in the fashion industry, three working in the publishing world, and two working with film. I can say that these people became my best friends; nothing feels better than being around other artists who understand what you’re trying to say. From there we all worked together in creative writing workshops. I was able to work on my own novel while working with David Rodgers from AMC Network, Natalie Kimber with the Rights Factory, Sarah Russo with Sarah Russo Public Relations and James Sherry with Roof Books. I created some close relationships with all of my mentors, where I was able to ask questions about anything and everything within the publishing world.

Being a tourist in New York and actually living there are two vastly different experiences. Of course, as a tourist, people want to see all the shows, experience Times Square, see the Statue of Liberty, and eat in Little Italy. But living there, the subway becomes your best friend, Times Square is the worst place to be at any time of day, and that place you know sells food—but don’t really know the name of—becomes your favorite place to eat. It’s not all bright lights and Broadway shows all day every day, it’s more of a hustle. The life I began to live was a “get there quick” life, and quite public, mostly because of the subway. Crowds are normal, headphones are essential, you’re going to the small pizza places on every corner, and walking faster than you ever did.

When students arrive in New York, they are checked into their living spaces. Last year students were placed in Brooklyn Heights, a ten minute walk away from the Brooklyn Bridge, where other students from various schools lived. There were seminars every week, with your focus group and advisor. Events that included the whole New York Arts program usually were Artists Talks, where we could ask anything under the sun to these successful artists. Each group had a mid-term and a final, depending on the advisor, there could be more structured mid-terms, but for the most part, they revolved around producing work. The finals were incredible, dancers choreographed their own performances to other students’ originally composed pieces. Students performed their own take on Shakespeare, and we even received a performance from aspiring rapper Fela D. All of these students collaborated and made pieces of art that I did not personally expect. I suggest that if you do decide to go into the New York Arts Program, reach out, ask around, and see what everyone is really doing.

You’ve heard about my experience, but the number of things that other students did blew my mind. Catherine Lane, from Hope College, Michigan, received the opportunity to work with the Establishment Casting Agency, where she was able to work with Fall Fashion Week and help with the Marc Jacobs Show. Our very own student Jay Nava ‘21 worked with film composer Chris North, and Rockwood Music hall. Paul Hesemeyer from Wabash College was able to work with the costume department at the Metropolitan Opera. I believe it’s safe to say that everyone had an amazing experience. A lot of students from Southwestern were there pursuing their dreams while inside the Big Apple.

Tags
Previous Article
The More You Know About Racism Panel: Getting Out of Our Comfort Zones
Next Article
Faculty Recital: David Utterback, Piano