Opinion: Who Should Be Our Next President?

Opinion: Who Should Be Our Next President? 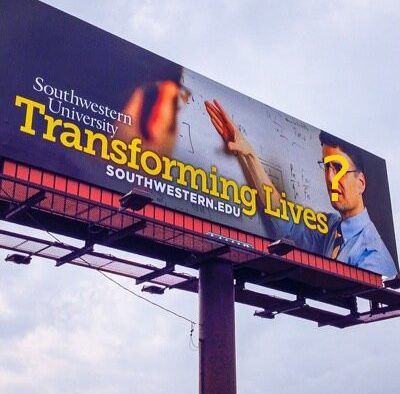 Students weighed in on the matter at the Presidential Search Listening Session on October 16 in the Olin lecture hall. Susan Pierce, Southwestern’s third-party presidential search consultant, was available to take questions, comments and concerns from students on what qualities the Committee should look for in a new president. At first only a few students trickled in; the only two listening sessions were scheduled at very inconvenient times that conflicted with classes. We feared that if not enough people could attend, it would look like only a few students cared about getting involved when we know that most students have opinions on who should lead Southwestern. Luckily, about 15-20 students attended the listening session, voicing a variety of opinions and supporting each other’s thoughts.

As a member of the Student Labor Action Coalition, the first thing I brought up was campus workers’ issues and President Burger’s complete silence on the matter. The other students in attendance were quick to back me up and began telling personal stories about why custodians matter to them as a part of our community, and how we believe the school’s administration has been treating the custodial staff unfairly. Students mentioned that some of our custodians provide emotional support for some students away from their families for the first time, especially students struggling to find other Spanish-speakers at SU, as Southwestern is a predominantly white school.

Last year, SLAC did a letter-drop requesting to meet with President Burger, yet he has remained inaccessible to conversation. He has not made any kind of statement or comment on the subject. We believe that it is a university president’s job to engage with the community when large issues are being raised to the forefront.

Ms. Pierce, who has consulted over 90 schools in their presidential searches, said she was impressed that we were the first school she’s visited to explicitly mention custodians and staff as a key part of our community. She took note of our concern to hire a new president who will be sympathetic to all campus workers, not just students and faculty. She also noted the call for diversity and representation to cultivate a more inclusive campus culture. We agreed that the candidate should actively engage in the community beyond the surface-level.

Time was limited and there were other points to bring up, so we didn’t discuss this matter in detail, aside from mentioning scheduling changes and minimal raises for campus workers who have dedicated decades of work to Southwestern. Our main point was that President Burger has been entirely unresponsive to this campus-wide movement to call for change.

Students then began to name other qualities they would like to see in our new president. One person said she would like to see a president who has personally experienced the same struggles that many of our students have faced, someone who understands that issues like racism, sexism, and inequality are still alive and are not just stories on the news.

Another person adamantly stated that she would not feel represented at this school until we had a female president of color. She said that this would help Southwestern attract more diversity, and it would help with retention of current students of color. Others began to agree that it’s time for this school to be represented by someone other than a white man.

We want a president who will publicly acknowledge campus issues and then go beyond by taking action to help resolve them. We want someone who is even more open to communication when issues arise, and someone who is available to students so we can voice our concerns. They should actively respond to movements on campus instead of only sending out a rare email once or twice a year. They should ensure that students feel represented. And a president should acknowledge the diverse needs of the student body, faculty, and staff as a whole.

The presidential search profile, essentially a job description and list of requirements for applicants, should be finalized by Thanksgiving, and if all goes well, the new president will be chosen around March. Will Southwestern choose the perfect candidate for the job? Probably not.

Tags
Previous Article
Austin Takes a Stand on Abortion Funding
Next Article
The Wolves are Coming to Southwestern!