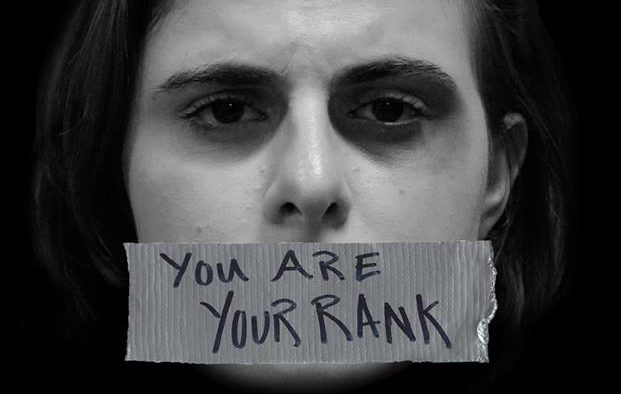 “Upon receiving her most recent class rank, #15 is determined to improve her rank even further. In order to do so, #15 befriends #9 – a student with unconventional studying methods.

A harrowing tale, “Ranked” portrays just how far some students are willing to go to reach the coveted rank of #1.”

Ashlee’s love for film began when she was just 8 years old. “I started using our really old family camera,” Ashlee says, “I would film my little brother and my parents just saying things I would tell them to on the spot.” Ashlee then pursued her interest by taking related classes in high school. Withing those classes, she realized the career opportunities that can come from what she has always done for fun. Ashlee even went to a summer camp in Round Rock called “The Real School of Film,” where she says that “they taught me all about labeling audio files, shot listing, just the whole process.”

As many of us know, it’s hard to be able to successfully manage your time while being a full-time student. With Ashlee being an upcoming senior in high school, I asked how she managed to make time to create a short film. “I started a little early in the summer writing the script,” Ashlee said, “then capstone allowed me to have time in the morning to finish it.” With filming also taking place over fall break, with shooting at least three hours every day, Ashlee emphasized that that “capstone really helped to make sure that I made myself keep up with everything, even out of school when I needed to.” Ashlee says that she kept telling herself that she doesn’t have the time but then realized that “if you say you don’ have time for the rest of your life, you’re never going to make anything.”

In coming up with the idea for the short film “Ranked,” Ashlee drew inspiration from Kill Bill Vol. I & II. “I watched an interview about [Quentin Tarantino] talking about Kill Bill and he said it was a revenge film, one single premise, one word,” Ashlee said, “so I’m sitting on my bathroom floor… writing down random words, and I wrote down the word competition.” She says she then started playing with the word and connected it to school and how every test, assignment they do is a competition. Playing with the word a bit more, Ashlee thought about ranking and its competitive nature. “I wanted to embody the mental space that a student gets in and translate that onto film,” Ashlee added.

With this idea, Ashlee “hope[s] the audience captures from this that they can find value within themselves and not necessarily other things.” In the instance of the short film, the message would be to show students that they’re more than just a number and that there is more beyond a person’s transcript, grades, and rank. However, Ashlee extends the message to be able to reflect with everyone with regards to the concept of competition.

Ashlee also talked about her cast and the people who have helped her along the way. She mentioned Mr. Collman, her capstone teacher, and said that “he’s so supportive and makes sure every capstone kid gets what they need.” Ashlee recognized her actresses Gwendolyn Kuhn, Kim Wallinger, and Gabrielle Villarreal, saying “[they] were just pouring their hearts out, being amazing, getting along with my vision, and for sacrificing their break.” She also mentioned Ross Regan, thanking him for offering his help and doing the sound for the short film. Ashlee also couldn’t express enough how thankful she is to GTX Film Festival and Executive Director Cindy Weigand

“Cindy Weigand knows how to teach the youth and has helped me get access to resources that I wouldn’t have known how to get,” Ashlee says, “[the GTX Film Festival] taught me aspects of producing, film as a business, about storytelling, it’s been a huge help.”

When asked if we should expect work from her in the future, she stated, “I have lots of ideas, next year I’m taking capstone again, so watch out for that.”

“Ranked” will be screened at the GTX Film Festival & How To Conference on April 6 at the City Lights Theatre, Georgetown, Texas.

Tickets for the GTX Film Festival can be bought through FilmFreeway

A trailer for the short film is on youtube

Tags
Previous Article
Shamrocks and Shenanigans at Korouva Milk Bar
Next Article
We Are Women: A Three-Part Event