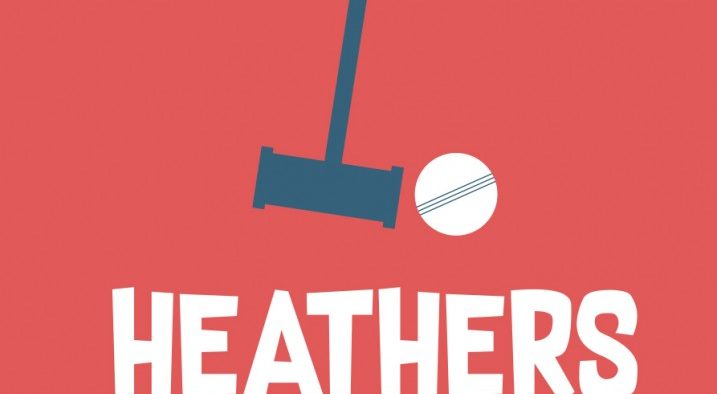 On March 1, the Southwestern production of Heathers: The Musical debuted at Jesse H. and Mary Gibbs Jones Theater in the Fine Arts Center. The show is a musical adaptation of the cult classic movie, Heathers, from 1988 by Laurence O’Keefe and Kevin Murphy that has also gained a cult following within the theater itself. The show was an off-broadway production in 2014, but has since been performed in many other theaters and has even been adapted for high school productions. Southwestern incorporated one of the songs from the high school adaption, but this doesn’t hinder the dark and edgy tones of the production.

The show follows Veronica Sawyer, played by Christina Gibson, as she leaves her old friend Martha Dunnstock, played by Christian Erben, to join the Heathers, the most popular cliche in her high school. Heather McNamara, played by Abigail Luna, Heather Duke, played by Olivia McCain, and Heather Chandler, played by Emily Barham, run the school. But after a “prank” goes wrong and Veronica and her boyfriend, Jason “JD” Dean, played by Clayton Brooks, end up killing Heather Chandler. They fake a suicide note, and Veronica sees not only how dangerous JD is, but how unforgiving high school is. The show does include warning for “Strong Language, Intense Adult Themes, Alcohol and Drug Use, Gunshots.”

The set design for the show was incredibly impressive. The scene artist, Sonny Bushak, and the stage carpenter, Bonnie Lambert, did a fantastic job with the stage. The set included two sets of stairs, a balcony, and a door on the ground floor for the characters to come through. What helped with the stage’s impressive qualities was how quickly characters would leave one part of the stage then reappear on another part. Like a character would exit through one of the primary exits then within the next ten seconds they would appear back on stage on the second floor of the balcony.

The quick costume changes were also impressive. In the first song, Gibson has to quickly change her outfit when Veronica goes from geek to popular school then immediately belt out her section of the song. There was one costume change within the show that confused me. Most productions and the original movie has JD wearing primarily his trenchcoat, he has no costume changes. However, Brooks switches between his trenchcoat and a jean jacket. It doesn’t subtract any meaning for the overall play, but it also didn’t add anything.

The singing was overall very good, most of the songs in Heathers is vocally demanding for the leads. They were some instances, however, where the microphone feedback was very poor. This was more common when an actor or actress was belting. Chorus songs didn’t have this problem as much as solos or duets.

The biggest change that this production made from the script was the omission of the song “Blue.” This song is sung by Vernoice, Ram, played by Daniel Winker, and Kurt, played by Evan Alexander. “Blue” is song about Ram and Kurt wanting to sleep with Veronica and because she’s saying no, she’s giving them “blue balls.” With this omission, “You’re Welcome” replaced it. It’s the same concept of Kurt and Ram wanting to sleep with Veronica, but this time they have a much more predatory vibe. Instead of singing about their “blue balls,” they make remarks about Veronica’ clothing and how she’s “asking to have sex” with them even though she tells them no. The song ends with her actually pushing Kurt and Ram into the mud and getting away. “Blue” doesn’t have this ending, Veronica just runs off stage. “You’re Welcome” is the only song to be featured in this production from the high school adaption of Heathers.

The inclusion of “You’re Welcome” works better than “Blue” in terms with how it deals with sexual harassment and rape. Heathers isn’t a show that shys away from difficult subjects, as apparent by the warnings listed. What makes it a good satire is how it confronts these difficult subjects, and that’s why “You’re Welcome” works better. It’s no longer a scene of two drunk guys singing about “blue balls,” it’s a scene where two drunk guys are trying to corner a girl and attempt to rape her. It’s also a scene where the audience gets to see the girl save herself and get out safely.