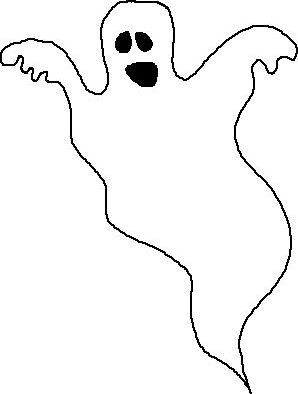 You may have already heard but Halloween is slowly creeping upon us. In fact, I hope you have, considering that it’s mid-October. So, if you have been wondering about how to get into the holiday spirit in wee old Georgetown, you could check out Nightmare on Jail Hill. This haunted prison will be open October 21 and 22 and is $10 a person. If you are unsure about whether it’s worth your time and money, live vicariously through Clara, Ruby, and Donovan’s true experience at the haunted prison and then hopefully you’ll be able to make your decision.

“I don’t know about this.” Ruby protested while in line for the haunted prison.

“Why not?” Clara asked as they steadily crept toward the front of the line. “You love horror movies. A haunted house and a horror movie are basically the same thing.”

“Nope.” Ruby whimpered. “They are definitely not the same thing. Haunted houses scare me.”

“But, Ruby, we’ll be with you.” Donovan coaxed as they arrived at the front.

After being instructed that no pictures were allowed and after being paired with a mother, her son, and a few others, the gate opened and the terror ensued.

It was pitch black. Ruby buried her face in Donovan’s shirt. They crept up a flight of stairs in the stale air and walked into a hallway of bright disorienting colors and leering faces that may or may not have been real. Ruby squealed into Donovan’s shirt and Clara held on tightly to both of them. Gunshots ricocheted, figures materialized, and fishing line suffocated their line of vision. Clara swatted at her face, “Ah! I feel like there’s something crawling on me.”

Tripping up more stairs, they hobbled into a black hallway of what Clara later described as death. Strobe lights teased them and deranged laughter followed them throughout the humid hell. After every corner, a new apparition sprang out. The pig masks and the clowns and the monsters and the prisoners screamed and rasped and whispered into their ears. Banging. Banging. Banging. Moisture dripped from the ceiling and they tasted the dryness in their throats. They stumbled through operating rooms and prison cells and into more darkness while the tiny corridors echoed with the sounds of rattling chains itching to find them.

Then it was quiet. They huddled together and shuffled along, strangled by the anxiety of suspense. Suddenly, a shadow leapt off the wall and startled Ruby. She screamed and clawed Donovan.

“Oh no! I think I grabbed your pectorals.” she fussed.

“It’s okay.” Donovan laughed, further adding to the delirium that was reverberating around them.

“Oh no, I am.” Donovan snickered. “I’m scared that Ruby is going to claw my skin off.”

Then, a foot stomped in exasperation. “Hurry Up!” They heard from down the hallway. It was the son who they had been paired with. “Ya’ll are going sooooo slow. I’m less scared and I’m only ten.”

Hallway after hallway passed with terror lurking in every corner. Is that shape real? Are they going to grab me? Why are they so close to me? How is that kid not scared?

“Donovan.” Ruby whimpered. “Is it almost over?”

“Umm…” Donovan glanced at the set of stairs in front of him. “It looks like there’s a third floor.”

After an eternity of darkness encased screams and uncertainties, the stale air finally began to thin, and they began to make their descent into the real world.

Ruby ran through the doorway and into reality. “Never. Never again! I am sticking to horror movies.” But her eyes were shining.

So, that was three student’s experience at Nightmare on Jail Hill. It’s not the most terrifying haunted house ever to be in existence, but I guess that depends on your terror tolerance. If you decide to also subject yourself to the haunted prison, whatever you do, bring a friend who frightens easily because in the future you will probably not remember which monster popped out at you in which specific corner, but you will remember the small details like your friends grabbing your pectoral muscles and a ten year old making fun of you. If that’s not college, then I don’t know what is.

Tags
Previous Article
“Gabriel: A Polemic” Review
Next Article
What Political Nonsense Am I Watching?