The Importance of Good News

The Importance of Good News 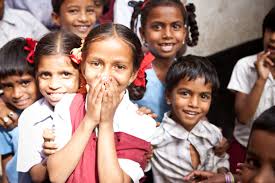 I really like being informed. I read the news online, I watch replays of news reports, I read whatever copy of a newspaper I can get my hands on. Knowing what is going on in the world around me, in and outside of the Southwestern ‘bubble’, helps me keep my troubles in perspective. It reminds me there are still efforts I can make to help others, and things I can do to make a difference.

Yet reading the news is also like reading a Shakespearean tragedy. You don’t think it can get any worse and then somebody dies. Outbreaks, corruptions, disasters, death; every day we’re bombarded with negative news. News outlets have to be sensational to grab an audience’s attention. They have to get good ratings so that they can sell advertisements.

News also tends to be biased. Newspapers, internet sources, TV stations all have an additional agenda and the audience is left to figure out what that agenda is and if they agree.

Then there’s the additional question of if the news is reported correctly. There are some great memes out there of Brian Williams and falsified news reports. News reports also have to be validated, and there are cases of reporters jumping the gun.

I think one of the most accurate parodies I’ve seen of the negative state of our media was in a Marvel comic. In Matt Fraction’s “Hawkeye,” there’s a panel with a newspaper on the floor, and all that we can read is the headline: “Everything is Awful; Oh God Somebody Do Something.”

This got me thinking.

As a person who actively tries to find the good in aboslutely everything, I started looking for the good news in the media. Sometimes I found glimpses of good news. Some TV news hosts allow a small portion of their time to be devoted to good things happening in the world. Some show cute viral vidoes to kill time. Newspapers write articles on everyday heroes and every once and while there are genuinely good things that happen.

Most of the time, I found negative news about the terrible end of the world as we knew it. But sometimes, there were glimmers of hope.

So I researched a bit further. It didn’t take me longer than a Google Search to find entire news outlets that thought the same as me, that the world needed more uplifting reminders of the truly wonderful things we’ve done.

I started the “Happy Happenings” section for this reason. (Yes, I know the title is a bit on-the-nose, and trust me when I say I’ve been trying to find a new title since I began the section.) I wanted to show good news in the world and in Southwestern, to Southwestern. I’ve reported so many short updates, and have wanted to report so many more.

Reading good news reminds me not just of everything that needs to be done to make the world a better place, but also that there are many other people making a difference in simple ways. There are everyday people changing the world for the better by helping others.

If you haven’t read a purely positive news source, I highly recommend it. Some of the stories are not just uplifting but also hilarious. Just today I read about a group of kids who helped police in London catch fleeing criminals by lying down on the ground to form an arrow to guide the helicopters. And yes, there were pictures. Go look up good news–it’s too good to make up.

After all, Shakespeare didn’t just write tragedies, he wrote comedies too.