Communications Class All Talk and No Do

Communications Class All Talk and No Do 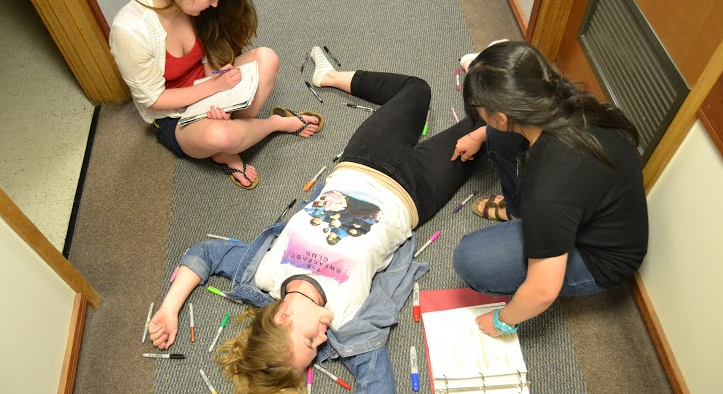 Last week, a tragedy occurred in a communication class. SU Junior, Unlukee Saul, had a heart attack during the class but nothing was done to help her because everyone was too absorbed with the discussion they had about what to do with her.

The class went on to discuss Saul’s predicament. They discussed various aspects of his behavior. They analyzed the classic signs of distress during a heart attack including: clasping of chest, ragged breathing, cries of “this isn’t a joke, guys” and yelps of pain.

“I just couldn’t let this prime example slip past me!” Professor Nour Prioreetis explained. “Unlukee was demonstrating excellent non-verbal cries for help and I believed that this was the perfect teaching moment. It was also important to examine behavioral patterns.”

“It was an excellent experience,” Bystan Dur, a student in the class, recalls. “After learning about the patterns, another classmate brought up the topic of medical emergency ethics and we had such an engaging discussion. We compared the importance of acting quickly during a time of emergency versus the safety of the person and whether helping would do more harm than help. At this point, the classroom was a lot quieter because Unlukee finally decided to stop screaming. She made a good decision to just lay there quietly instead of disrupting the discussion.”

However, even as the class discussed various ways you could help a heart attack victim, none of their ideas were actually administered to Saul. The class only realized the severity of the situation after the teacher had dismissed the class and they realized that Saul was still lying on the floor.

“Unlukee is usually one of the first people ready to leave. It was weird that she didn’t get up,” Oblive Yeos shares.

It was only after much prodding and some water splashed on Saul that the class realized that she was already dead.

“I was so dumbfounded that this could possibly happen,” Professor Prioreetis reflects. “However, Unlukee will always be remembered as the brave soul who sacrificed his life for the sake of education. May she rest in peace.”