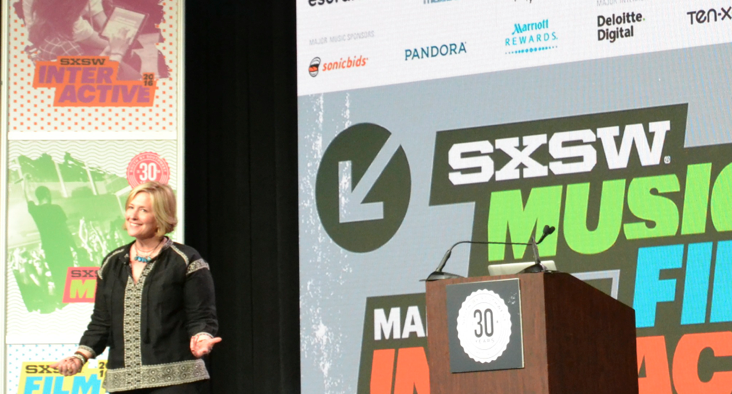 Brené Brown let the SXSW audience in on a secret during her talk Daring Greatly. Her first TED talk that catapulted her to Internet fame and made people rethink ideas on vulnerability and shame was an accident and she did not know it had been recorded.

Thankfully, it was recorded, and is the fourth most popular TED speech of all time. Watching the engaging Brown, this was no surprise. It takes someone extraordinary to pack a conference room with several hundred people for a speech about shame and vulnerability.

“Shame is, if I asked you to close your eyes right now and think about the stuff you hear people saying about you when you walked out of a room that’s so painful you don’t think you’d be able to face those people again, that’s shame,” Brown said.

Going through all of the comments on her TED talk, Brown was faced with this exact situation. She read the famous Theodore Roosevelt quote about the person in the arena who fails by daring greatly.

The importance of choosing courage over comfort, not viewing vulnerability as weakness, and carefully choosing a few people to take feedback from were a few points Brown hit on in her presentation. It was a message perfectly suited for a room full of entrepreneurs, techies and creatives.

“If you are innovative and creative enough, you will absolutely know failure,” Brown said. “There is zero creativity without failure.”

People are wired toward survival and protection, which Brown said makes it difficult to lean into shame and vulnerability.

“When something difficult happens, our emotions get the first crack at understanding it. We love to believe we are rational, thinking people who, on occasion, feel some emotion,” Brown said. “Everything we know about who we are as people neurobiologically points to one thing and that is we are emotional, feeling beings who on occasion think.”

The key is to get back up, get in the arena, and keep creating. This is what it means to dare greatly.