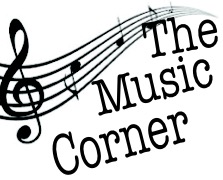 If you’re a stickler for ambiance, a Purity Ring show is something right up your alley.  Amongst showers of lights suspended from either side of the stage, high tech music gear, and spacey costumes, Purity Ring has plenty of character.

What makes their shows so intriguing is their instrumentation. It consists of nothing but a huge custom built, MIDI controlled marimba and an interface—purely electronic and plenty creative.

Surrounded by as many flashing lights as possible, DJ/instrumentalist Corrin Roddick mans the machinery, while vocalist, Megan James dances around the stage, enchanting audience members with her cherub-esque voice. She mostly lets the music speak for itself in a pure, simplistic way, often even kneeling onstage as if the weight of each note is too heavy of a burden. Lyrics ring strong through the room as she utters haunting lines such as those in the track Stillness in Woe, “Meet me in the back shed, I’ll be hanging up the knives” and those in Bodyache, “You sweat, and you bled…I couldn’t look cause your body would shake”.

Their songs are fantastical and sometimes a bit puzzling when trying to comprehend. It’s as if they’ve created their own universe and speak their own language—especially considering the singles from the debut record like “Belispeak” and “Obedear.” Watching them on stage makes you feel like you’re on another planet, or have even stepped into some futuristic notion of what live music will look like in the next millennium. There were so many things going on that you couldn’t focus on anything around you. You were engulfed by the spectacle occurring before your eyes.

There were some softer moments aside from strobe lights, trap beats and dance anthems, showing the crowd that Purity Ring has substance to complement their creative form. As the stage lights were lowered to a comfortable pitch black, a crewmember wheeled out a smaller electric light marimba, as Megan put on what appeared to be gloves adorned with shattered glass. She delved into one of the most endearing tracks off the new record, “Sea Castle,” playing its delicate keyboard line with a mere motion of her glowing hand over each lit branch of the instrument. The song was softer and sweeter than the rest, but it wouldn’t be Purity Ring by nature if it didn’t have a raucous chorus that involved Megan belting out “Where have I been? You haven’t seen me.”

And if you take anything away from Purity Ring it will definitely be a newfound belief in magic—even if it was just an illusion. After all it’s part of their appeal. They give us a sense of mystery and only a tiny glance at the world that lives inside their own heads.