What Happened at the United Methodist General Conference?

What Happened at the United Methodist General Conference? 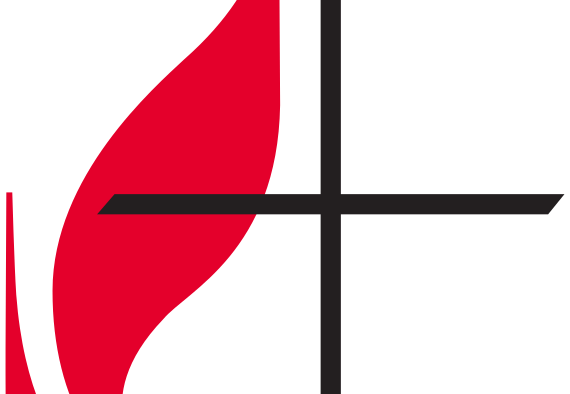 According to Joe Iovino, employed by United Methodist Communications, General Conference consists of “worship, prayer, conversation and several decisions.” The purpose of this special session was to decide on a future plan after the “Commission on a Way Forward was proposed by the Council of Bishops and approved by the 2016 General Conference” to reexamine the UMC’s stance on human sexuality in the Book of Discipline while strengthening the church. The Book of Discipline is a “fundamental book outlining the law, doctrine, administration, organizational work and procedures of The United Methodist Church.”

Towards that purpose, the three plans proposed in the 2019 General Conference were:

A summary of the plans are as follows:

Connectional Conference Plan: “In the United States, three new values-based connectional conferences (CCs) – progressive, traditional and unity) – will be created to align by convictions and not geography. These three missional “spaces” represent faithful but differing readings of scripture and the culturally specific needs of the contexts

they serve. Central conferences can remain in their current configuration (with a new CC name), join one of the new U.S. CCs (making it a global conference) or form new CCs attuned to regional and missional commitments.”

related to same-sex marriage and the ordination of LGBTQI people and adds language protecting the religious freedom of pastors, bishops and conferences who as a matter of conscience do not support these practices.”

Two other plans were created but were “not part of the report by the Commission on a Way Forward.” These two plans are “the Simple Plan, which would remove all language about ‘the practice of homosexuality’ from the Book of Discipline, and the modified Traditional Plan, which was referred to a committee.”

During General Conference, “The Traditional Plan was passed” by “a vote of 438 to 384.” Iovino explains that “The changes proposed by the Traditional Plan are mostly about ordination of LGBTQ clergy and how to resolve issues when a clergy violates our human sexuality stances by, for example, performing a same-sex marriage.” Iovino also stated, “A disaffiliation plan, sometimes called an ‘exit plan,’ was also passed. This provides guidelines for congregations who wish to leave The United Methodist Church ‘for reasons of conscience’ regarding issues of human sexuality.”

The United Methodists Church’s current practices and beliefs concerning human sexuality can be found here and include the acknowledgment that “all persons are of sacred worth” and that “All persons…may become professing members in any local church.” Bishop Scott Jones stated that “This decision is consistent with our denomination’s historic stance on human sexuality, outlined in the Book of Discipline since 1972.”

For an explanation of the individual petitions that make up the Traditional Plan, read here.

The other plans were not passed for several reasons. The Judicial Council, “nine persons elected by General Conference who rule on questions of constitutionality in church law and practice,” “did not take up the Connectional Conference Plan, which also did not gain committee approval on Feb. 25.” Heather Hahn and Kathy L. Gilbert further explain that “Delegates opposed the bishops’ recommended One Church Plan by a vote of 436 to 386. The vote was 53 to almost 47 percent.” “Delegates also voted against moving forward with the Simple Plan, submitted by the unofficial United Methodist Queer Clergy Caucus, by a vote of 494 to 323.”

Concerning church leaders who may wish to leave the UMC, “Another petition spells out that any clergy members who end their relationship with a conference will be treated as ‘terminated vested’ participants, meaning their accrued benefits would be safe and converted to an individual account balance. However, clergy no longer in the denomination could not receive any additional benefits conferences add down the line. After some back and forth, delegates amended the legislation to say ‘nothing in the foregoing would prevent annual conferences collecting other obligations from local churches.’ Both were passed, as amended, by a vote of 561 to 256.” Additionally, “The last piece of legislation General Conference approved was an amended version of a petition that allows churches, with limitations, to leave the denomination with their property.”

What happens now? Iovino stated that “Before the 2019 Special Session of General Conference closed, a motion was passed (405-395) to request a decision from the Judicial Council on the constitutionality of the Traditional Plan’s legislative petitions” as well as on the disaffiliation plans. The Judicial Council will meet in Evanston, Illinois, April 23-25, 2019. In the United States, the legislation that is declared constitutional will go into effect on January 1, 2020, and “Anything ruled unconstitutional can be addressed at the next regularly scheduled General Conference in Minneapolis on May 5-15, 2020.” However, “In Africa, Europe and the Philippines, the legislation doesn’t take effect until 12 months after the next General Conference in May 2020.”

In his official statement, Bishop Scott Jones said: “As we move forward, we are still the same United Methodist Church. Our views on same-sex marriage have not changed. We will continue to welcome lesbian, gay, bisexual, transgendered and queer persons to our churches and affirm their sacred worth. I pray we, as a denomination, can now move forward, working with each other in the spirit of Christian love and joining together as one. We are stronger together in serving God’s mission as a diverse body of Christ.”

Tags
Previous Article
Who is Running for President: John Delaney
Next Article
Debby Ellis Writing Center Moves to Library Along With Other Renovations