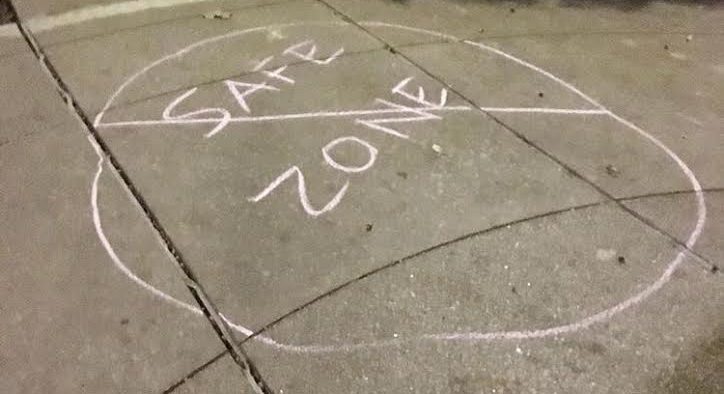 Students and professors sit along the perimeter of the Academic Mall in silent protest of statements such as “Build a Wall,” “no safe spaces,” and “Trump 2k15” chalked onto various sites on campus. The students hold signs such as “Love Trumps Hate,” “in solidarity,” and other statements responding to the chalking. This sit-in will be present until 1:00 p.m. today and will relocate to President Burger’s Think Symposium at 1:30 p.m. in Olin 110.

Last night, Lilly Dennis, junior, and Dakota Cortez, sophomore, reported seeing between 40 and 50 publicly chalked messages that insinuated Trump’s campaign on sidewalks, fountains, entrance signs, and other sites. SUPD allegedly did not participate in washing the chalk messages despite counting and noting each located chalk message. Dennis, Cortez, and a dozen other students watered and cleaned all chalk messages before this morning.

“Unfortunately, many Southwestern students already feel unsafe. Students have been going home this week and/or have been reluctant to be out on campus because of the tension among students… The climate that is quickly escalating on campus is what we have deemed a state of emergency,” Richter said in her email.

A few alleged participants in the vandalism have been identified and reported. A student reports seeing around 20 people last night in black hooded sweatshirts marking the ground with chalk near the library.

“Please let students know that harassment, hate speech, vandalism, and violence WILL NOT BE TOLERATED HERE AT SOUTHWESTERN. We need your leadership now more than ever to come out and tell students this behavior is unacceptable,” Richter said in her email to administrators.

Non-Trump-supportive vancalism has also allegedly occurred. Professor of Economics Emily Northrop reported, “one of my students found “RACIST” written in paint on his windshield next to his Trump bumper sticker. This is equally troubling to me.”

This morning, President Edward Burger sent an email to the campus community “with the hope of bringing us together and moving us forward as a community. During these contentious times many people are feeling varied and polarizing emotions.” President Burger specified that any religiously, racially, disability, socio-economically, and gender-based acts of prejudice are hate crimes and are not tolerated at Southwestern.

Later this morning, junior Keara Hudler emailed various student organization listservs inviting all community members to participate in a non-violent sit-in in response to the chalking.

“This is a gathering meant to show that there is love on campus and that we stand together,” Hudler said. 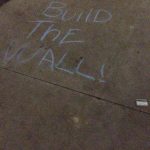 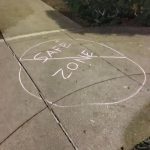 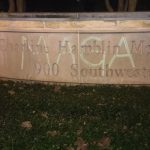 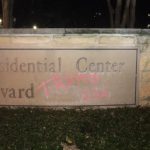 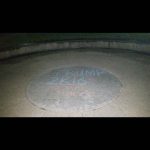 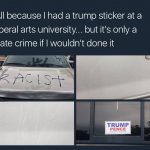 Tags
Previous Article
This One is For the Ring!
Next Article
Five Ways to Stay Fit this Holiday Season