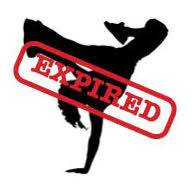 Hip-hop and jazz music have been intertwined since the hip-hop emerged from the Bronx in the 70’s, but in turning on almost any hip-hop radio station you’d be hard pressed to find any semblance of jazz in 808 laden, “pop-hop.”

Not that there’s anything inherently wrong with that. In fact, the fusion of hip-hop and electronic dance music has drawn vast popularity through a product that feels close to a polished, upbeat  version of British grime music (Tempa T, Dizzee Rascal, Skepta). Lately though, young, mainstream artists have been rediscovering, and even expanding, the possibilities of jazz and hip-hop.

Its hard to write about a movement while its still finding its shape, but if you’ll humor me I think I can explain the new form hip-hop is ironing out.

In my eyes, there is one album that distinctly brought the idea of incorporating jazz to the mainstream, Robert Glasper’s “Black Radio.” Glasper, a Houston native, had already built a name for himself after three fantastic albums that all contained subtle hints of hip-hop but without actually crossing over into the genre.

For Glasper’s fourth album he wanted to commit entirely, bringing in rappers Yasiin Bey (formerly known as Mos Def) and Lupe Fiasco, as well as R&B singers Erykah Badu and Lalah Hathaway, among others. The album was a commercial success, receiving great praise from both the jazz and hip-hop communities, while challenging the boundaries of both genres.

Black Radio opened the door to young, hip-hop cats who missed out on the jazzy hip-hop of the 90s. The result is not a regurgitation of a movement passed but a fresh blend of the two. Influence without cooption.

After Glasper’s monumental album, other artists began to appreciate the new sound and as a result it began popping up throughout the scene in various forms. Flying Lotus, an electronic/hip-hop producer, and also the grand-nephew of John Coltrane, quickly leapt at the chance to mix jazz so actively into his music.

With the help of long time collaborator and virtuoso bassist, Thundercat, FlyLo assembled an insanely impressive line up for his latest release, “YOU’RE DEAD!”  The personnel ranges from Herbie Hancock to Kendrick Lamar, Snoop Dogg to Brendon Small (Metalocalypse). If you’re half as nerdy about music as I am, this alone should make you wanna go out and cop the album. It transcends any definitive genre, switching seamlessly between jazz fusion (70s style of jazz and rock), hip-hop, funk, ambient, horror– the list goes on. Undefinable and beautiful because of it.

Glasper and Flying Lotus, though they both have mad respect from those in the know and considerable commercial success, still walk the fence between “underground” and “mainstream.” But when Kendrick Lamar bought an entire album’s worth of beats from FlyLo himself something brilliant was bound to happen.

Flash forward to Kendrick’s “To Pimp a Butterfly,” the definition of an instant classic. The album oozes with the funk of the 70s. The album starts off with “Wesley’s Theory,” which features Parliament/Funkadelic legend, George Clinton as well as Thundercat and Flying Lotus on the production. Two tracks deeper into the album you hit “King Kunta” which can most accurately be described as Kendrick Lamar channeling the late, great James Brown, who practically single-handedly defined the sound of 70s soul and funk.

Keep listening and you’ll hit the emotionally charged, jazz fusion jam, “u,” which has easily become a personal favorite of mine. I can’t recommend the album enough, but don’t come to it expecting to get your standard dose of Kendrick.

From this new direction in music has come a new appreciation for jazz. I can’t tell you how many friends have come to me asking for jazz albums that they would like if they dig the new Kendrick. This kind of commercial attention makes me excited and frankly anxious for what will come next for America’s original artform.